A Library Tour Through Enos

1.  Behold, it came to pass that I, Enos, knowing my father that he was a just man -- for he taught me in his language, and also in the nurture and admonition of the Lord -- and blessed be the name of my God for it --

2.  And I will tell you of the wrestle which I had before God, before I received a remission of my sins.

3.  Behold, I went to hunt beasts in the forests; and the words which I had often heard my father speak concerning eternal life, and the joy of the saints, sunk deep into my heart.

4.  And my soul hungered; and I kneeled down before my Maker, and I cried unto him in mighty prayer and supplication for mine own soul; and all the day long did I cry unto him; yea, and when the night came I did still raise my voice high that it reached the heavens.

5.  And there came a voice unto me, saying: Enos, thy sins are forgiven thee, and thou shalt be blessed.

6.  And I, Enos, knew that God could not lie; wherefore, my guilt was swept away.

8.  And he said unto me: Because of thy faith in Christ, whom thou hast never before heard nor seen. And many years pass away before he shall manifest himself in the flesh; wherefore, go to, thy faith hath made thee whole.

9.  Now, it came to pass that when I had heard these words I began to feel a desire for the welfare of my brethren, the Nephites; wherefore, I did pour out my whole soul unto God for them.

10.  And while I was thus struggling in the spirit, behold, the voice of the Lord came into my mind again, saying: I will visit thy brethren according to their diligence in keeping my commandments. I have given unto them this land, and it is a holy land; and I curse it not save it be for the cause of iniquity; wherefore, I will visit thy brethren according as I have said; and their transgressions will I bring down with sorrow upon their own heads.

Chapter 30.  Personal Religion and Brotherhood in the Book of Mormon

“One of the outstanding religious characteristics found in the Book of Mormon is the warm personal relationship existing between God and his people.  To the Nephite branch of Israel, God was not a remote being, shut off from men by an impenetrable veil and acting only through secondary causes and impersonal laws.  He was a living, personal, dynamic being who entered into a covenant relationship with these people even as with the ancient Hebrews.  The idea of a covenant between God and his people is expressed upwards of 115 times in the Nephite record.  The close relationship existing between the Nephites and their God enabled them more completely to understand the conduct which God required.  Therefore, we should not underrate or depreciate the significance of their sacred literature as a means to a solution of many of our religious problems.  To be sure, Nephite society, even in its periods of flowering, must have been relatively simple and primitive compared with our own vast, complex, and highly organized social structure.  Nevertheless, we may use much of their religious teaching just as it stands, because it expresses eternal principles of righteousness which through generation of time remain immutably the same.”

11.  And after I, Enos, had heard these words, my faith began to be unshaken in the Lord; and I prayed unto him with many long strugglings for my brethren, the Lamanites.

12.  And it came to pass that after I had prayed and labored with all diligence, the Lord said unto me: I will grant unto thee according to thy desires, because of thy faith.

13.  And now behold, this was the desire which I desired of him -- that if it should so be, that my people, the Nephites, should fall into transgression, and by any means be destroyed, and the Lamanites should not be destroyed, that the Lord God would preserve a record of my people, the Nephites; even if it so be by the power of his holy arm, that it might be brought forth at some future day unto the Lamanites, that, perhaps, they might be brought unto salvation --

14.  For at the present our strugglings were vain in restoring them to the true faith. And they swore in their wrath that, if it were possible, they would destroy our records and us, and also all the traditions of our fathers.

15.  Wherefore, I knowing that the Lord God was able to preserve our records, I cried unto him continually, for he had said unto me: Whatsoever thing ye shall ask in faith, believing that ye shall receive in the name of Christ, ye shall receive it.

16.  And I had faith, and I did cry unto God that he would preserve the records; and he covenanted with me that he would bring them forth unto the Lamanites in his own due time.

Much of the Book of Mormon is written using various forms of parallelisms.  It seems that the writers use these forms more intensely when they are writing of spiritual events, or when they are exhorting their readers or listeners, and hoping to instill their message more deeply in them.

This book identifies two separate and sequential chiasmi in Enos’s description of his discussion with the Lord, after his all-day prayer.  8-12 is a chiasm of Enos’s concerns for his brethren, followed by 13-16, his prayer and answer to prayer regarding his enemies, the Lamanites. 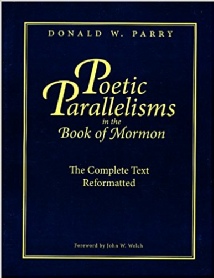 17.  And I, Enos, knew it would be according to the covenant which he had made; wherefore my soul did rest.

18.  And the Lord said unto me: Thy fathers have also required of me this thing; and it shall be done unto them according to their faith; for their faith was like unto thine.

19.  And now it came to pass that I, Enos, went about among the people of Nephi, prophesying of things to come, and testifying of the things which I had heard and seen.

20.  And I bear record that the people of Nephi did seek diligently to restore the Lamanites unto the true faith in God. But our labors were vain; their hatred was fixed, and they were led by their evil nature that they became wild, and ferocious, and a bloodthirsty people, full of idolatry and filthiness; feeding upon beasts of prey; dwelling in tents, and wandering about in the wilderness with a short skin girdle about their loins and their heads shaven; and their skill was in the bow, and in the cimeter, and the ax. And many of them did eat nothing save it was raw meat; and they were continually seeking to destroy us.

22.  And there were exceedingly many prophets among us. And the people were a stiffnecked people, hard to understand.

23.  And there was nothing save it was exceeding harshness, preaching and prophesying of wars, and contentions, and destructions, and continually reminding them of death, and the duration of eternity, and the judgments and the power of God, and all these things -- stirring them up continually to keep them in the fear of the Lord. I say there was nothing short of these things, and exceedingly great plainness of speech, would keep them from going down speedily to destruction. And after this manner do I write concerning them.

The Book of Mormon Is True – Evidences and Insights to Strengthen Your Testimony, by Marilynne Todd Linford.  Chapter 13, “Words in the Book of Enos.”

“The decision to type, word for word, the entire Book of Mormon as a method of study led Sister Linford to discover incredible truths regarding the authenticity of this sacred volume of scripture.”

This book is largely composed of lists of words unique to the many speakers in the Book of Mormon.

While the theme of “remember” recurs throughout the Book of Mormon, only Enos uses the word “remind.” 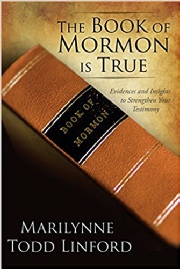 24.  And I saw wars between the Nephites and Lamanites in the course of my days.

25.  And it came to pass that I began to be old, and an hundred and seventy and nine years had passed away from the time that our father Lehi left Jerusalem.

26.  And I saw that I must soon go down to my grave, having been wrought upon by the power of God that I must preach and prophesy unto this people, and declare the word according to the truth which is in Christ. And I have declared it in all my days, and have rejoiced in it above that of the world.

27.  And I soon go to the place of my rest, which is with my Redeemer; for I know that in him I shall rest. And I rejoice in the day when my mortal shall put on immortality, and shall stand before him; then shall I see his face with pleasure, and he will say unto me: Come unto me, ye blessed, there is a place prepared for you in the mansions of my Father. Amen. 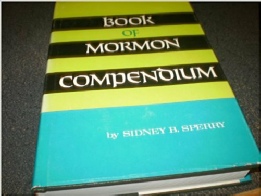