A Library Tour through Ether 1

1 And now I, Moroni, proceed to give an account of those ancient inhabitants who were destroyed by the hand of the Lord upon the face of this north country.

2 And I take mine account from the twenty and four plates which were found by the people of Limhi, which is called the Book of Ether.

3 And as I suppose that the first part of this record, which speaks concerning the creation of the world, and also of Adam, and an account from that time even to the great tower, and whatsoever things transpired among the children of men until that time, is had among the Jews --

4 Therefore I do not write those things which transpired from the days of Adam until that time; but they are had upon the plates; and whoso findeth them, the same will have power that he may get the full account.

5 But behold, I give not the full account, but a part of the account I give, from the tower down until they were destroyed.

6 And on this wise do I give the account. He that wrote this record was Ether, and he was a descendant of Coriantor.

7 Coriantor was the son of Moron.

8 And Moron was the son of Ethem.

9 And Ethem was the son of Ahah.

11 And Seth was the son of Shiblon.

12 And Shiblon was the son of Com.

13 And Com was the son of Coriantum.

15 And Amnigaddah was the son of Aaron.

16 And Aaron was a descendant of Heth, who was the son of Hearthom.

17 And Hearthom was the son of Lib.

22 And Kim was the son of Morianton.

24 And Riplakish was the son of Shez.

27 And Com was the son of Coriantum.

28 And Coriantum was the son of Emer.

“Of interest to the critical reader is the fact that the beginnings of the Jaredite nation are attributed by Moroni to the Tower of Babel episode, mentioned also in the Book of Genesis (1:3).  At the present time, most Bible scholars do not believe in this episode as an actual fact; they consider it a myth.  If this belief were correct, we should have to assume that the whole of the Book of Ether is based on a misconception.  It should be pointed out, however, that one of the great values of the Book of Mormon is the fact that it affirms the essential truth of the Bible.  The Tower episode is a case in point.  The Mormon people do believe in it.  Despite the claims of critics to the contrary, we believe that in the due time of the Lord the Genesis account of the Tower of Babel will be found to be correct.” 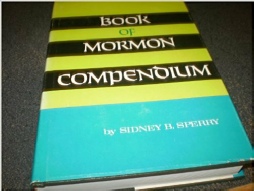 34 And the brother of Jared being a large and mighty man, and a man highly favored of the Lord, Jared, his brother, said unto him: Cry unto the Lord, that he will not confound us that we may not understand our words.

35 And it came to pass that the brother of Jared did cry unto the Lord, and the Lord had compassion upon Jared; therefore he did not confound the language of Jared; and Jared and his brother were not confounded.

36 Then Jared said unto his brother: Cry again unto the Lord, and it may be that he will turn away his anger from them who are our friends, that he confound not their language.

37 And it came to pass that the brother of Jared did cry unto the Lord, and the Lord had compassion upon their friends and their families also, that they were not confounded.

38 And it came to pass that Jared spake again unto his brother, saying: Go and inquire of the Lord whether he will drive us out of the land, and if he will drive us out of the land, cry unto him whither we shall go. And who knoweth but the Lord will carry us forth into a land which is choice above all the earth? And if it so be, let us be faithful unto the Lord, that we may receive it for our inheritance.

39 And it came to pass that the brother of Jared did cry unto the Lord according to that which had been spoken by the mouth of Jared.

40 And it came to pass that the Lord did hear the brother of Jared, and had compassion upon him, and said unto him:

42 And when thou hast done this thou shalt go at the head of them down into the valley which is northward. And there will I meet thee, and I will go before thee into a land which is choice above all the lands of the earth.