An Artistic Tour Through 1 Nephi 17 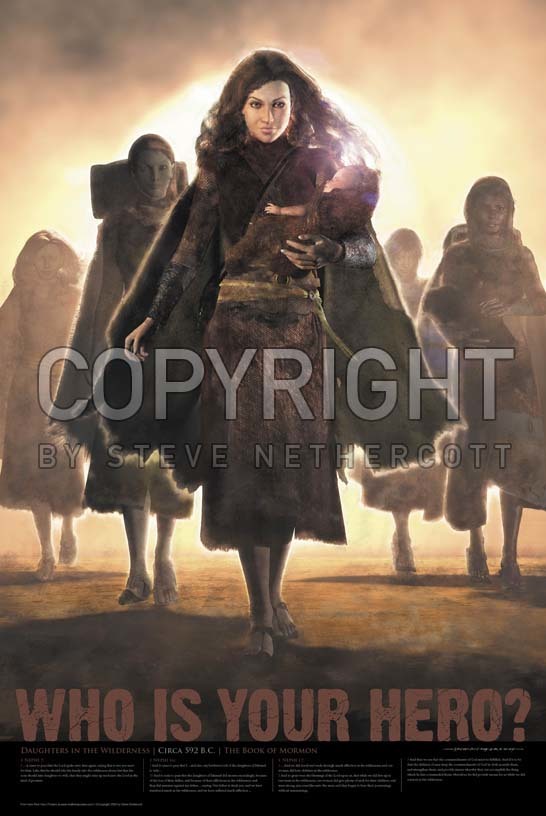 Daughters in the Wilderness

The Book of Mormon gives an idea of the difficulties Lehi’s family faced as they traveled through and lived in the Arabian desert for eight years.  Nephi records, “And we did travel and wade through much affliction in the wilderness; and our women did bear children in the wilderness.  And so great were the blessings of the Lord upon us, that while we did live upon raw meat in the wilderness, our women did give plenty of suck for their children, and were strong, yea, even like unto the men; and they began to bear their journeyings without murmurings.” 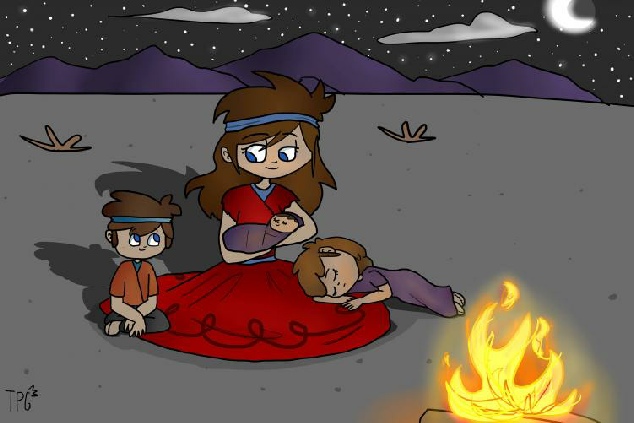 Not much is mentioned about the brave Nephite women in the scriptures, but they nurtured and raised their children with love and knowledge of Heavenly Father's plan. 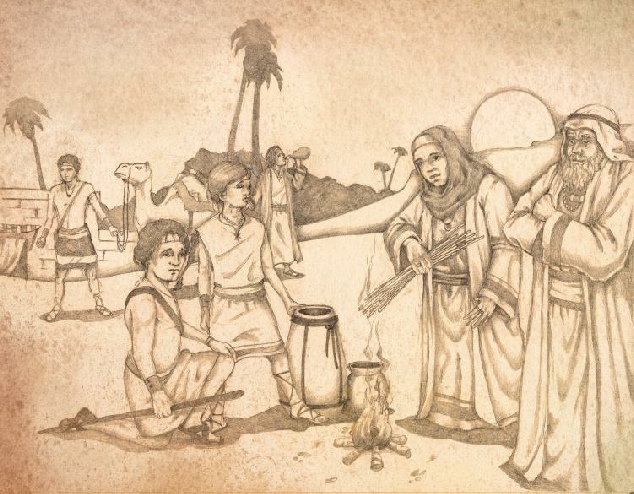 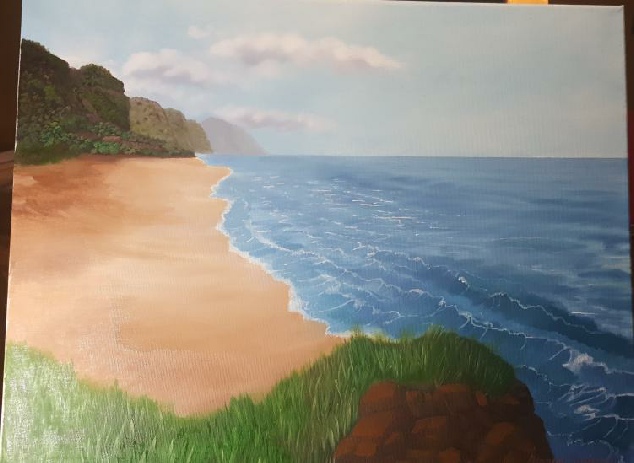 Irreantum and the Land Bountiful 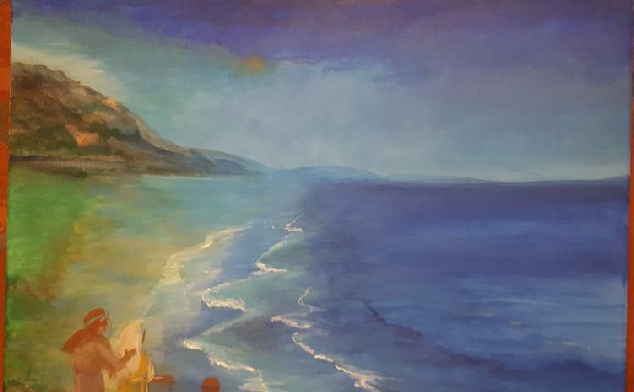 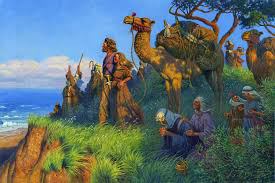 We Beheld the Sea, Which We Called Irreantum

After traveling through the wilderness for many years, Lehi and his family finally made it to the land of Bountiful. This painting depicts their arrival at the sea, and their rejoicing and gratitude unto the Lord.

"And we did sojourn for the space of many years, yea, even eight years in the wilderness. And we did come to the land which we called Bountiful, because of its much fruit and also wild honey; and all these things were prepared of the Lord that we might not perish. And we beheld the sea, which we called Irreantum, which, being interpreted, is many waters. And it came to pass that we did pitch our tents by the seashore; and notwithstanding we had suffered many afflictions and much difficulty, yea, even so much that we cannot write them all, we were exceedingly rejoiced when we came to the seashore; and we called the place Bountiful, because of its much fruit." -1 Nephi 17:4-6

The Lord gave Nephi’s family another challenge on their quest to find and inherit the Promised Land:  build a boat to cross the great waters.  While his brother complained and mocked him, Nephi’s only question was “Where shall I go to find ore to make tools?” He did not doubt that the Lord would help him.

Enjoy Ryan Heywood’s haunting base vocal presentation of this song, accompanying himself on the guitar.

This sculpture depicts Nephi making tools to build the ship that will sail to the New World. His bent left knee symbolizes humility and prayer. The raised hammer symbolizes power coming from God through Nephi and into his labors. The arm raised to the square represents exactness and obedience. The iron rod is the word of God. The anvil represents this life, while the olive stump symbolizes the Savior. The leather apron is God's protection held in place by a sash, and the knot securing it represents binding covenants between God and man. These symbols describe the character and personal traits of the prophet, Nephi. 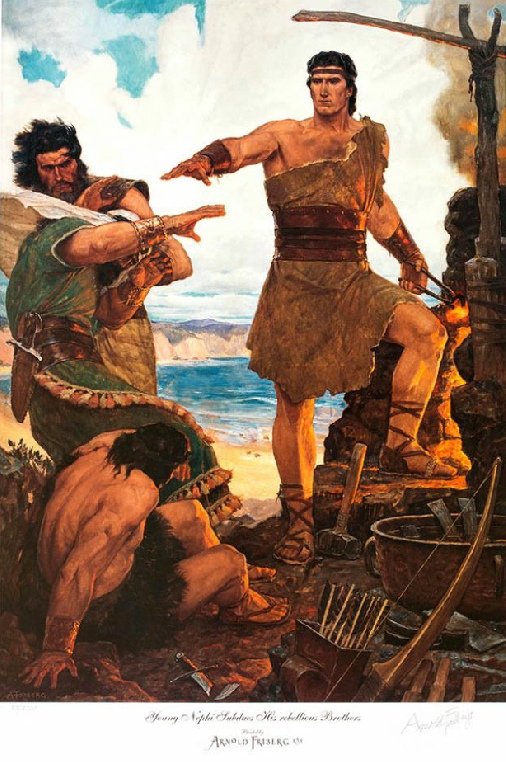 The Lord gave Nephi instructions on how to build the ship, but he needed his brothers’ labor as well.  They didn’t want to work for little brother, and did not believe that they would be able to build a ship.  After the Lord gave them a sign they could understand, then they put their hands to the work:

“And it came to pass that the Lord said unto me: Stretch for thine hand again unto thy brethren, and they shall not wither before thee, but I will shock them, saith the Lord, and this will I do, that they may know that I am the Lord their God.”

“In  YOUNG NEPHI SUBDUES HIS REBELLIOUS BROTHERS, Nephi is in the very first stage of building a ship. Building a ship!!! Of course his brothers thought he had taken grandiose leave of his senses. Before construction could begin, Nephi had to take ore from the mountain and build a primitive forge to make the tools to build the ship. Talk about starting from scratch! Since we don’t know what Nephi looked like, I of course couldn’t paint a portrait. So what I did paint was the image of a man who looks as though he could do what Nephi did. This, of course, required quite a man. I made Nephi strong, not only in body but in spiritual power, as his bullying brothers soon learned.”