Isaiah wrote, “The Lord will create upon every dwelling-place of mount Zion, and upon her assemblies, a cloud and smoke by day, and the shining of a flaming fire by night; for upon all the glory of Zion shall be a defence.”  Nephi believed these words were important for his people, so he wrote them on his gold plates.

Glorious Things Are Sung of Zion

Nephi copied Isaiah’s immortal words and taught them to his people:  “Therefore, the Lord himself shall give you a sign -- Behold, a virgin shall conceive, and shall bear a son, and shall call his name Immanuel.”

Your people declare their faith, holding onto your promises

You are our shepherd and precious, covering us in your grace

Immanuel, Immanuel, God with us

Whenever war toughens on us, Your Spirit’s manifestation is in us

You are ours, and who could satisfy us But You, our Savior?

Immanuel, Immanuel, God with us

You teach us your word, a Lamp to our feet

Your Spirit in us comforts us, and enlightens our eyes

Immanuel, Immanuel, God with us."

The Book of Mormon records the words of Isaiah:  “It shall come to pass in that day that his burden shall be taken away from off thy shoulder, and his yoke from off thy neck, and the yoke shall be destroyed because of the annointing.”

Cast Thy Burden upon the Lord

text by Julius Schubring, adapted from the Psalms; music by Felix Mendelssohn

In the Book of Mormon, Nephi copied the words of Isaiah in describing the coming Millennium:  “With righteousness shall He judge the poor, and reprove with equity for the meek of the earth.”

Isaiah said, “They shall not hurt nor destroy in all my holy mountain.”

Our Mountain  Home So Dear

text by Emmeline B. Wells; music by Evan Stephens

Book of Mormon writer Nephi loved the words of Isaiah, and copied many of them onto his gold plates:  “And he shall set up an ensign for the nations, and shall assemble the outcasts of Israel, and gather together the dispersed of Judah from the four corners of the earth.”

High on the Mountain Top

Friends to All Nations at the 2002 Winter Olympics in Salt Lake City, Utah

The DVD is packed with great footage of the Church’s activities during the Olympic Games, such as Light of the World: A Celebration of Light - An hour long performance held in the Church's Conference Center, and MSNBC Interview with Church Leader Gordon B. Hinckley. 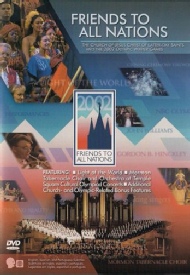 Isaiah declared, “Behold, God is my salvation; I will trust, and not be afraid; for the Lord JEHOVAH is my strength and my song; he also has become my salvation.”

From All that Dwell below the Skies

Nephi wrote the words of Isaiah in the Book of Mormon:  “Sing unto the Lord; for He hath done excellent things; this is known in all the earth.”

text and music by Evan Stephens

Isaiah wrote joyfully of Christ’s Second coming, as recorded in the Book of Mormon:  “Cry out and shout, thou inhabitant of Zion; for great is the Holy One of Israel in the midst of thee!”

In the Book of Mormon, Nephi recorded the words of Isaiah concerning conditions in the Millennium:  “The whole earth is at rest, and is quiet; they break forth into singing.”

Come, Ye Children of the Lord 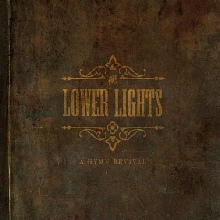 The Book of Mormon, Another Testament of Jesus Christ, says “As the Lord God liveth that brought Israel up out of the land of Egypt, and gave unto Moses power that he should heal the nations after they had been bitten by the poisonous serpents, if they would cast their eyes unto the serpent which he did raise up before them, and also gave him power that he should smite the rock and the water should come forth, yea, behold, I say unto you, that as these things are true, and as the Lord God liveth, there is none other name given under heaven save it be this Jesus Christ, of which I have spoken, whereby man can be saved.”

The Book of Mormon bears beautiful testimony of the Savior Jesus Christ.  Nephi wrote, “We labor diligently to write, to persuade our children, and also our brethren, to believe in Christ, and to be reconciled to God; for we know that it is by grace that we are saved, after all we can do.”

I Believe in Christ

The Book of Mormon expresses Jesus’s invitation to all mankind:  “He doeth that which is good among the children of men; and He doeth nothing save it be plain unto the children of men; and He inviteth them all to come unto Him and partake of His goodness; and He denieth none that come unto Him, black and white, bond and free, male and female; and He remembereth the heathen; and all are alike unto God, both Jew and Gentile.”

Six hundred years before the first advent of Christ to the world, His prophet Nephi saw in vision the great impact that the Book of Mormon would have on the world, a world with Christianity split with disagreements over the meaning of the Bible while unbelievers began to drag the culture farther and farther from the principles of love and peace that that Bible teaches.  Nephi saw that the Book of Mormon, the words of those who had slumbered in the dust, would bring many to know Christ in the latter-days, and would be the introduction to God’s marvelous work and a wonder.

From the dust shall they cry, and their words will shine forth

From darkness, and none can delay it.

When the power of God reaches out to a man,

A book shall come forth; none can stay it.

“From the Dust Shall They Come,” Sacred Hymns of the Book of Mormon. 1.  (Words by Marilyn Arnold; music by Maurine Ozment)

Nephi, the first prophet to write the gold plates which were translated by the gift and power of God to become the Book of Mormon, explained that these plates would be viewed by only a few, who would be called to testify as witnesses to what they had seen.

What Glorious Scenes Mine Eyes Behold

Jesus Christ told Nephi, “Behold, I am God; and I am a God of Miracles; and I will show unto the world that I am the same yesterday, today, and forever; and I work not among the children of men save it be according to their faith.”

The Book of Mormon points out different fallacies that people will adopt in their latter-day lifestyles.

In the Book of Mormon we read about all the wiles of the devil to be used against people in the last days.

Up, Awake, Ye Defenders of Zion

Nephi described, in the Book of Mormon, the happiness that would come to peole as they learned about the Christian heritage of the native American people, saying “And then shall they rejoice.”

The Happy Day at Last Has  Come

The Book of Mormon repeats the yearning words of Isaiah concerning the Millennium:  “They shall not hurt nor destroy in all my hold mountain.” 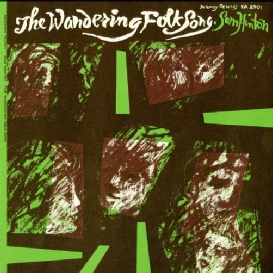 One of Nephi’s most brilliant essays is his description of the necessity and meaning of baptism.  “Wherefore, do the things which I have told you I have seen that your Lord and your Redeemer should do; for, for this cause have they been shown unto me, that ye might know the gate by which ye should enter.  For the gate by which ye should enter is repentance and baptism by water; and then cometh a remission of your sins by fire and by the Holy Ghost.”

Lord, Accept into Thy Kingdom

During His earthly ministry, Jesus invited all and everyone to “Come, follow Me.”  Book of Mormon prophet Nephi issues a similar invitation:  “[be] willing to take upon you the name of Christ, by baptism - yea, by following your Lord and your Savior down into the water, according to His word.”

Nephi reminds his readers that “Ye have not come thus far save it were by the word of Christ, with unshaken faith in Him, relying wholly upon the merits of Him who is mighty to save.”

Come, All Ye Saints Who Dwell on Earth

Bujor Florin Lucian on the organ

Nephi encourages his readers to continue on in the path of following the Lord:  “Wherefore, ye must press forward with a steadfastness in Christ, having a perfect brightness of hope, and a love of God and of all men.  Wherefore, if ye shall press forward, feasting upon the word of Christ, and endure to the end, behold, thus saith the Father: Ye shall have eternal life.”

I Want to Live the Gospel

Combined choir from BYU-Idaho and congregation

As Nephi prayed for his brethren, he also said, “I pray the Father in the name of Christ that many of us, if not all, may be saved in his kingdom at that great and last day.”