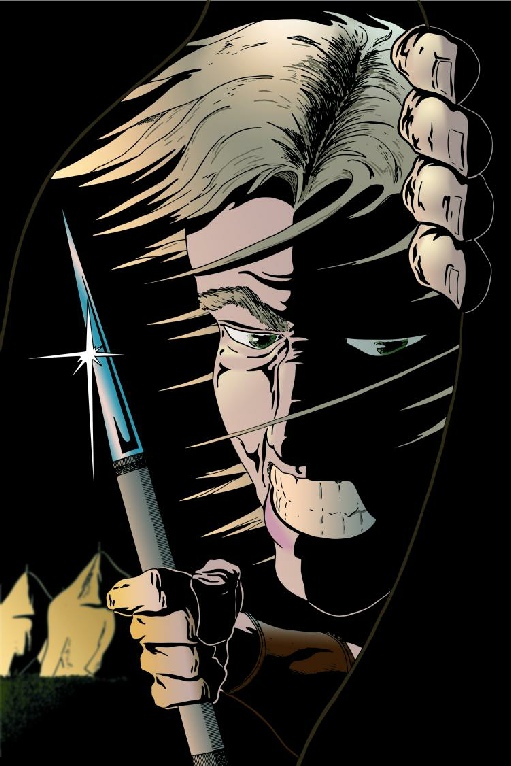 A defender of liberty, Teancum was also a proponent of early guerrilla warfare, often employing a combination of brute force with stratagem in order to win battles against the Lamanites. Teancum slew Amalickiah, evil king of the Lamanites, by piercing the king with a javelin as he slept in his tent. 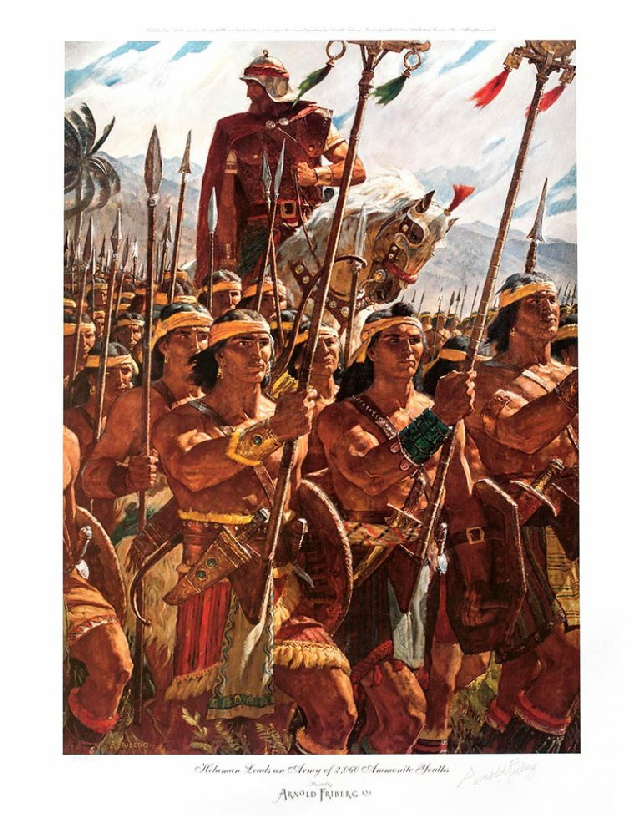 The Book of Mormon tells of a group of the sons of converted Lamanites.  Because of the many murders their fathers had committed before their conversions, they had made a covenant never to take the sword again, even in self-defense.  At a critical time when their enemies were attacking them on all sides, the sons of these converts made a commitment to fight for the liberty of their people and their country.   “But behold, it came to pass they had many sons, who had not entered into a covenant that they would not take their weapons of war to defend themselves against their enemies; therefore they did assemble themselves together at this time, as many as were able to take up arms, and they called themselves Nephites.”

The next painting, HELAMAN LEADS AN ARMY OF 2060 AMMONITE YOUTH is one of the most dramatic in the Book of Mormon. It is misleading that they should be called “stripling soldiers.” They were not little boys, but young men who volunteered to go into battle. They were strong and valiant, marching forth in the strength of the Lord. The book speaks at some length of them as men of truth and soberness, “men who were true at all times in whatsoever thing they were entrusted.” Here the artist sought to express their interior testimony of faith through picturing their physical strength.

There is in this picture something that skeptics will be quick to pounce upon—the commonly accepted “scientific proof” that there were no horses in ancient America. “Why, everybody knows the Spaniards brought the first horses,” they smartly point out. But no matter what “science” may say, in direct confrontation stands the Book of Mormon, which in several places makes clear mention of horses. Although the Book of Mormon doesn’t expressly say that Helaman rode on horseback, the artist has taken the liberty of showing him mounted. Since the book does speak elsewhere of these animals and since  I am somewhat known for my equine paintings, I could not resist including in these 12 pictures at least one horse. 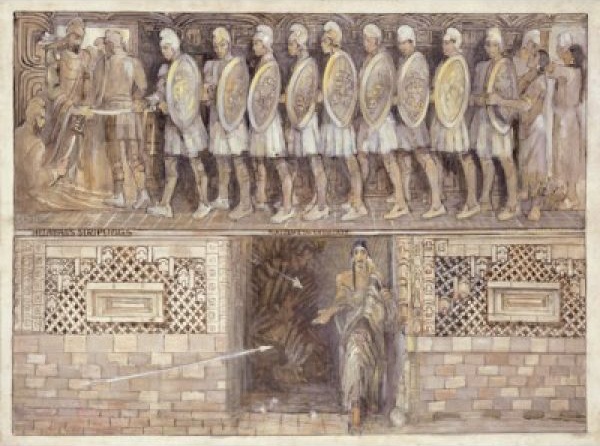 “After receiving a farewell and the shield of faith from their mothers, these young Lamanite men turn in sequence to walk uprightly before God and march in harmony with their fellows. Arches overhead reinforce the sense of their unity. Not having weapons in their own convert families, each is ceremonially armed by the prophet Helaman.

“Another Lamanite shielded by great faith, Samuel is protected from arrows, spears, and stones as he prophesies to the Nephites. Teichert visualizes the protective power around Samuel as heavenly rays of light. An opposing, but lesser power as well as a sense of motion is conveyed by the trail of light behind the spear. The flight angles of the spear and arrow direct our eyes to the prophet’s right hand, which is centerd in the embrasure. He has stretched forth his hand in an allusion to the signs of the crucifixion in Christ’s hands. Delivering the signs of Christ’s coming birth and death is part of Samuel’s mission, and he warns the Nephites that those who do not repent will be destroyed when Christ dies. Teichert equates Samuel with a noble savage coming out of the wild jungle adorned with earrings and a blanket, his hair dressed in a braid.” 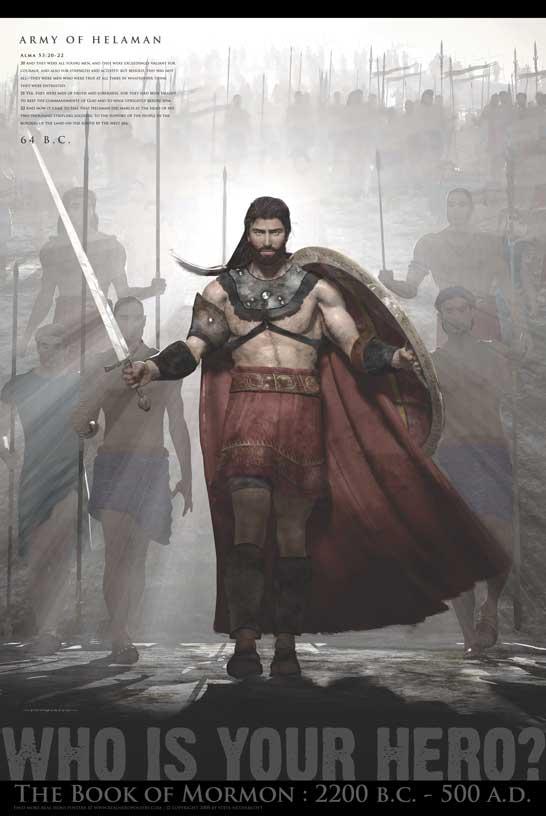 The Army of Helaman

The Book of Mormon says they were exceeding valiant for courage and strength and activity, who were true at all times in whatsoever thing they were entrusted. 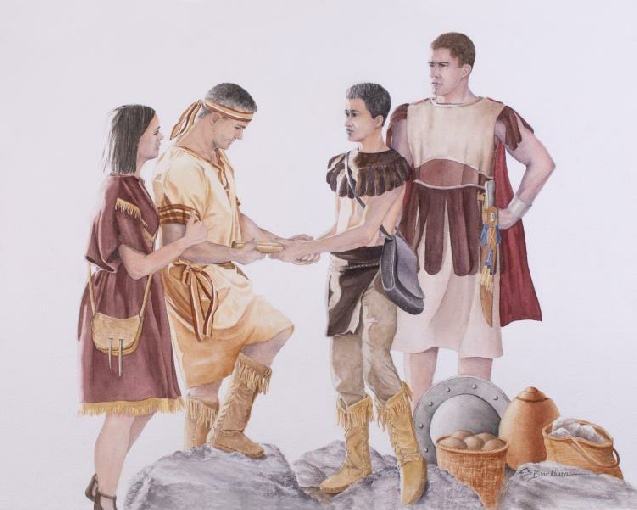 I Give You My Witness

I give you my witness,

I give you my honor.

Who walks the path to Christ.

A mother, full of faith

Who taught her children

To doubt not and

The mother who knows

Stands with the father

As one, aiding him,

On the rock of his

Proves him worthy to

Who serves with Priesthood

Wielding the sword of

To guide and to judge,

All in the name of

I give you my witness,

I give you my honor. 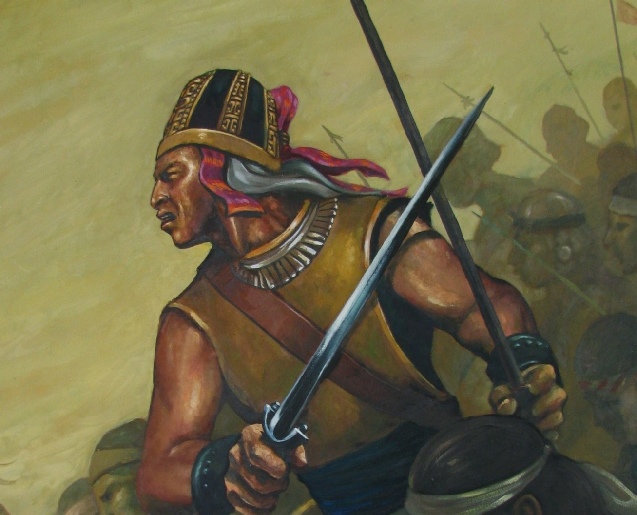 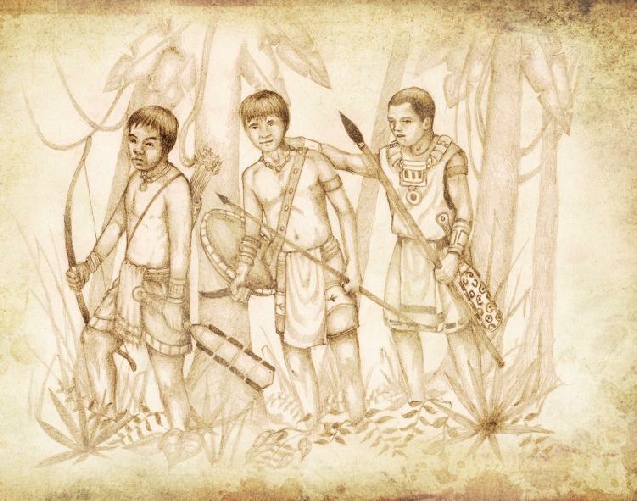 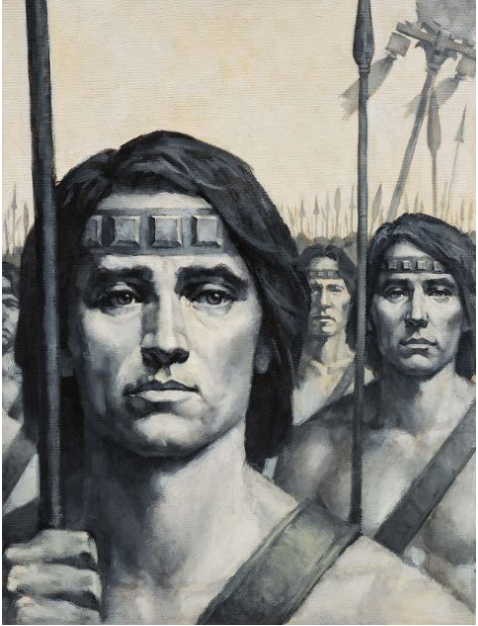