An Artistic Tour of Enos 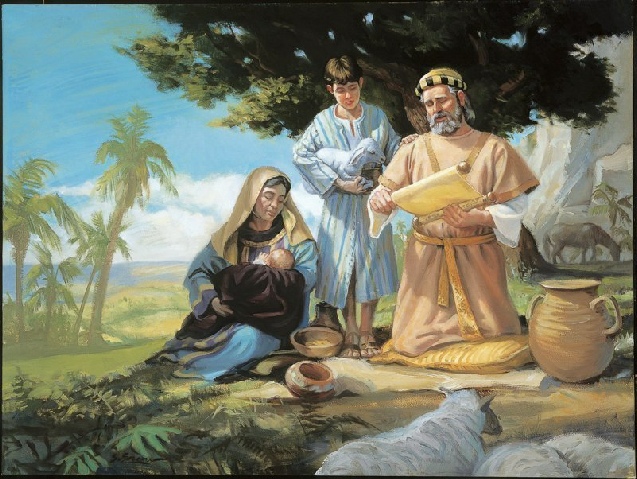 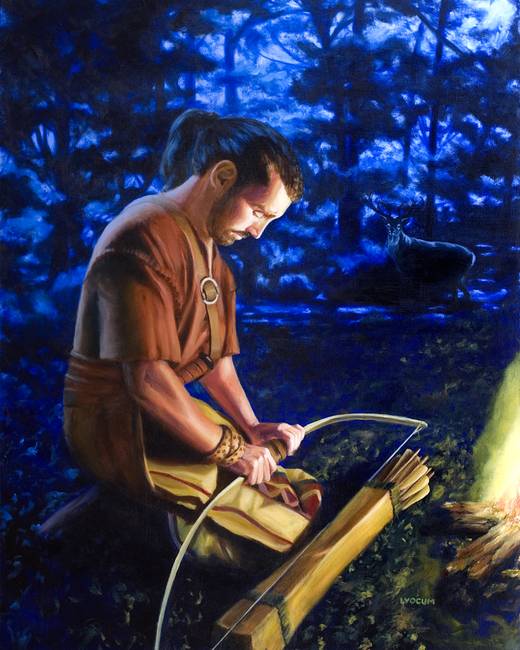 Enos recorded, in the Book of Mormon, that “I went to hunt beasts in the forests; and the words which I had often heard my father speak concerning eternal life, and the joy of the saints, sunk deep into my heart.” 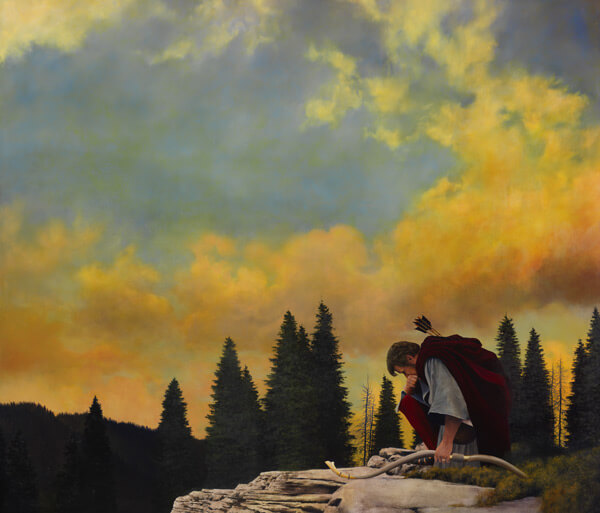 “And My Soul Hungered {Enos}

The Book of Mormon records that Enos said,

“And my soul hungered; and I kneeled down before my Maker, and I cried unto him in mighty prayer and supplication for mine own soul; and all the day long did I cry unto him; yea, and when the night came I did still raise my voice high that it reached the heavens.”

Prayer, and the enduring influence of a father’s efforts to teach his children, are the focus of this particular painting.  The solitary figure in the painting is that of a man named Enos, who, as the account declares "went to hunt beasts in the forests".  While he hunted, he thought about the things his father had taught him about eternal life.  The words of his father penetrated his heart, and Enos knelt and prayed to the Lord with all the energy of his soul.  At first, he prayed only for himself, but as the Spirit of the Lord touched his mind and heart, he began to pray for his friends and kindred.  Then, as his faith increased, he prayed ardently for his enemies.

The story of Enos is the reassurance that a father’s good efforts are never wasted, and that one man’s faithfulness in prayer can literally change the world forever.

Sacred Hymns of the Book of Mormon, 6 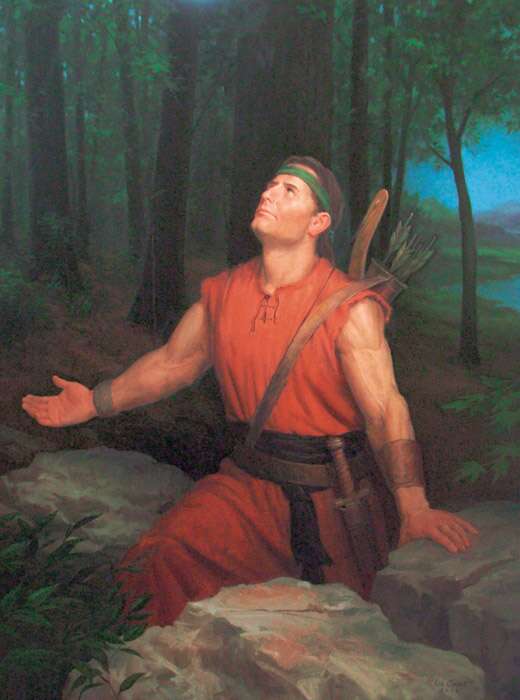 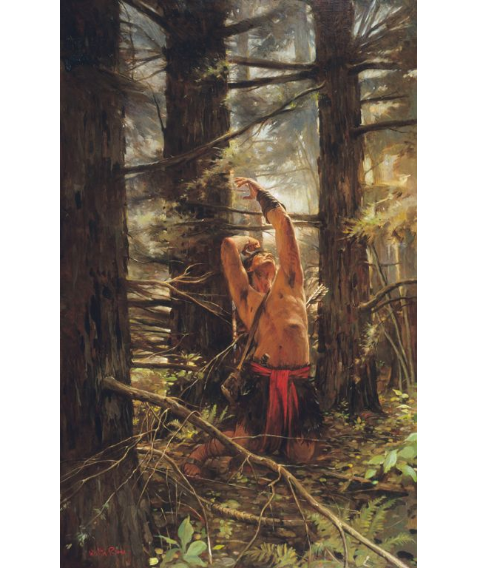 I Did Raise My Voice That It Reached the Heavens

Oil on board.  (commissioned by museum) 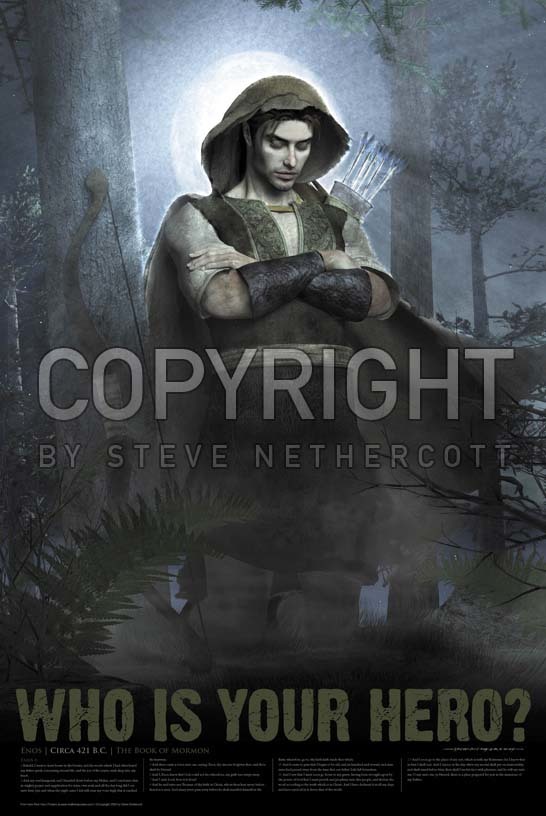 Enos wrote, in the Book of Mormon, that after he had prayed all day long, “There came a voice unto me, saying, ‘Enos, thy sins are forgiven thee, and thou shalt be blessed.’”

“Real People – Real Power.  Real Hero Posters strives to capture the spirit of real heroes, the uniqueness of their world, the strength of their character, and the reality of their heroism.” 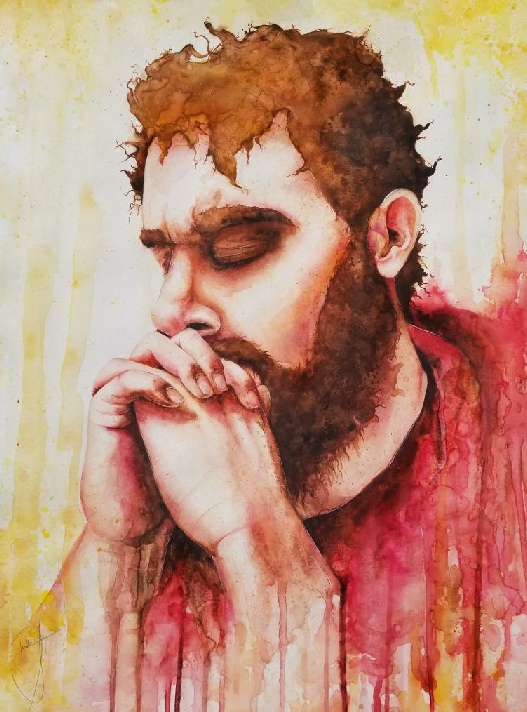 Thy Faith Hath Made Thee Whole

I wanted to create the moment in the repentance process right before Enos’ guilt was washed away and he was forgiven of his sins. During repentance there can be pain, temptations, and sadness. But if you endure to the end and have faith in the Savior you can be truly forgiven. 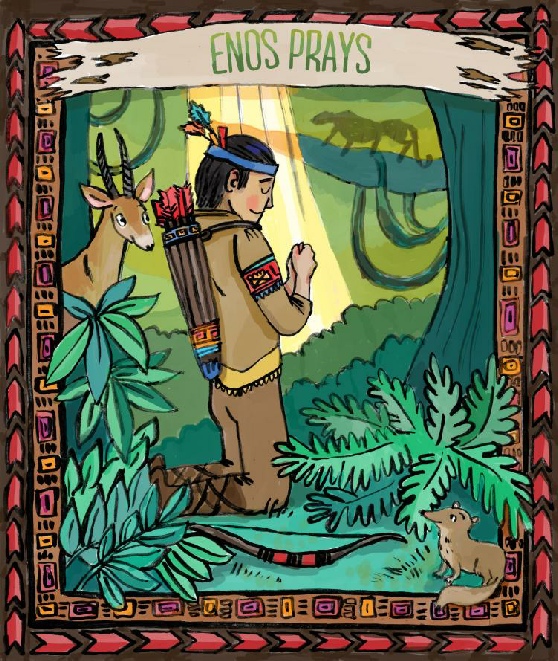 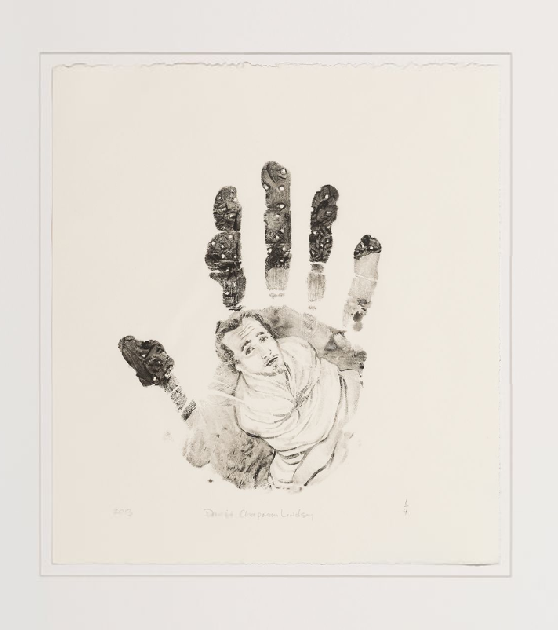