A Musical Tour of Mormon

One of the most heart-rending scenes in the Book of Mormon, and in all of world history, is Mormon’s anguished cries on seeing the total destruction of his people by the tens of thousands:

Marilyn Arnold and Maurine Ozment memorialize his mourning in “Mormon’s Lament” - Sacred Hymns of the Book of Mormon, 30 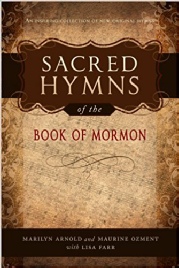 Book of Mormon compiler Mormon speaks to us today:  “Know ye that ye must . . . repent of all your sins and iniquities, and believe in Jesus Christ, that he is the Son of God, and that he was slain by the Jews, and by the power of the Father he hath risen again, whereby he hath gained the victory over the grave; and also in him is the sting of death swallowed up.

The Graduate Choir of New Zealand, with Dr. John Wells on the organ

As Mormon completed his writings in the Book of Mormon, he wrote to those who were left of a once-great civilization:  “Know ye that ye must come to the knowledge of your fathers, and repent of all your sins and iniquities, and believe in Jesus Christ, that he is the Son of God, and that he was slain by the Jews, and by the power of the Father he hath risen again, whereby he hath gained the victory over the grave; and also in him is the sting of death swallowed up.”

I Believe in Christ

Mormon testified of Jesus Christ:  “He hath brought to pass the redemption of the world, whereby he that is found guiltless before him at the judgment day hath it given unto him to dwell in the presence of God in his kingdom, to sing ceaseless praises with the choirs above, unto the Father, and unto the Son, and unto the Holy Ghost, which are one God, in a state of happiness which hath no end.”

Rejoice, the Lord Is King!

Mormon was killed in the last great battle, and his son Moroni took the sacred plates to finish the record.  Moroni would later become Angel Moroni, and deliver the plates to Joseph Smith.  But hundreds of years before this happened, Moroni spoke to those who would receive the record:

“Whoso receiveth this record, and shall not condemn it because of the imperfections which are in it, the same shall know of greater things than these.”

An Angel from on High

Moroni wrote that his words, and the words of his father Mormon, and the sacred words preserved of his people’s thousand-year history, would come from the dust by the power of God:

“From the dust shall they cry, and their words will shine forth

From darkness, and none can delay it.

When the power of god reaches out to a man

A book shall come forth; none can stay it.”

Although the Book of Mormon has been attacked continuously and furiously, it still shines bright, and, as prophesied by God, will overcome all the assaults of the adversary.

“From the Dust Shall They Come” - Sacred Hymns of the Book of Mormon. 1, by Marilyn Arnold and Maurine Ozment.

‘Twas Witnessed in the Morning Sky

Moroni, who would someday return with the gold plates as the Angel Moroni, encouraged his readers not to deny the revelations of God.  “Behold, he that denieth these things knoweth not the gospel of Christ; yea, he has not read the scriptures; if so, he does not understand them.”

I Saw a Mighty Angel Fly

Moroni wrote to those who would later read his record, encouraging them to come unto Christ in faith:  “Despise not, and wonder not, but hearken unto the words of the Lord, and ask the Father in the name of Jesus for what things soever ye shall stand in need.  Doubt not, but be believing, and begin as in times of old, and come unto the Lord with all your heart.”

I Need Thee Every Hour

I Need My Heavenly Father