A Musical Tour of Moroni

After his people had all been annihilated, the prophet Moroni remembered and wrote how “the church did meet together oft, to fast and to pray, and to speak one with another concerning the welfare of their souls.”  He probably missed that fellowship, but he could still commune with God through fasting and prayer.

In Fasting We Approach Thee

The Book of Mormon records Moroni’s reminiscences of attending church with other saints, including partaking together of the bread and wine, symbols of the sacrifice of Jesus.

Rachelle Woolston, soprano, and P J Woolston on the bassoon

text by George A. Manwaring; music by Ebenezer Beesley

During his lone year, Moroni wrote some of the words of his father Mormon.  Mormon taught that the Spirit of Christ is given to everyone to help them judge between good and evil in this life.

text by Joseph L. Townsend; music by Henry A. Tuckett

in Chinese, with Pinyin words

Moroni’s father Mormon taught the supremecy of charity, or love, which is kind and endures all things.

O Love That Glorifies the Son

Like Paul, Mormon urged his listeners to cleave unto charity, which is the greatest of all.

A Key Was Turned in Latter Days

Mormon said, “Charity is the pure love of Christ, and it endureth forever; and whoso is found possessed of it at the last day, it shall be well with him.”

Mormon taught that “charity is the pure love of Christ, and it endureth forever.”  We can look to Jesus to discover how to love.

He Sent His Son

text and music by Sally DeFord

Mormon wrote endearingly to his son Moroni, entrusting him to Christ, as they both faced the upcoming military battle that would destroy their people.

Jesus, Lover of My Soul

The Book of Mormon is unique among all the world writings in that it has a promise that if the reader will ask God, he or shee may know that the book is true.  The Book of Mormon was translated from ancient gold plates by the prophet Joseph Smith.  It has a message God wants all the world to know.  He has provided the testimony of Joseph Smith as to the truth of the record, as well as the testimonies of many who worked with Joseph Smith during those times.  But God knows that we need more to be sure of its truth, so He himself will reveal it to anyone who desires to know, by the power of the Holy Ghost.  Thousands, perhaps millions, of people have tested that promise and asked God, and have received a witness from the Holy Ghost that it is true.   There is no expiration date on the promise.  You may begin today on the quest to know.

Marilyn Arnold and Maurine Ozment rephrase the promise in “Ye May Know If I Write What Is True,” Sacred Hymns of the Book of Mormon, 31 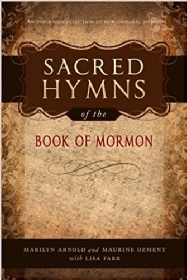 Moroni was the last writer of the Book of Mormon, or the gold plates.  He was commissioned by God to finish the record and to hide it in such a way that it would be preserved and protected.  He also had the opportunity, as a resurrected angel, to bring it back - to reveal to Joseph Smith where the gold plates lay hidden in the Hill Cumorah, so that the message of the Book of Mormon might come forth at the time that God chose.

An Angel from on High

The Promise of the Book of Mormon is that if a person reads with a desire to know, and asks God, with a sincere heart and with real intent, having faith in Christ, God will manifest the truth of it unto him by the power of the Holy Ghost.

The promise of the Book of Mormon is wonderful and powerful, because the power of the Holy Ghost is ineffable and unique.  It is like emotion, but from a different Source than one’s own feelings.  People who have not experienced this power from God cannot appreciate or comprehend it, and often tend to mock it.  But when one humbly seeks and God gives, it changes one’s life forever.

A Primary choir from stakes in Kaysville and Fruit Heights

The Book of Mormon promise teaches that God uses the power of the Holy Ghost to teach His children the truth of all things.

I Know My Father Lives

words and music by Merrill Bradshaw

Moroni encouraged his readers to “deny not the power of God,” and listen in faith to the Holy Ghost.

Moroni, who had survived the extinction of his nation, nevertheless rejoiced because he knew that God would raise up another righteous nation upon the Land of Promise, and that Zion would be built by people who read and believed his words.

Let Zion in Her Beauty Rise

A Young Women Choir from stakes in Highland, Utah

At the very end of the Book of Mormon, Moroni, in a delicately poetic passage, explains the perfect union of grace and works, and how humility is the magnet that draws people to God:

“Come unto Christ, and be perfected in him, and deny yourselves of all ungodliness; and if ye shall deny yourselves of all ungodliness, and love God with all your might, mind and strength, then is his grace sufficient for you, that by his grace ye may be perfect in Christ; and if by the grace of God ye are perfect in Christ, ye can in nowise deny the power of God.”

The power of God is manifest in the Book of Mormon, and people who ask humbly may know of its truthfulness.

As he concludes the Book of Mormon record, Moroni writes with absolute confidence of his coming death:  “And now I bid unto all, farewell.  I soon go to rest in the paradise of God, until my spirit and body shall again reunite, and I am brought forth triumphant through the air, to meet you before the pleasing bar of the great Jehovah, the Eternal Judge of both quick and dead.  Amen.”

Alex Boyé and the Tabernacle Choir and Orchestra at Temple Square

After a long and lonely life, Moroni prepared to bury the gold plates for the last time.  As he bids farewell to his readers, he peacefully anticipates his death, promising to meet them at the “pleasing bar of God.”

lyrics by one of Dvorak’s students, Willliam Arms Fisher

Fisher wrote, “The Largo, with its haunting English horn solo, is the outpouring of Dvorak's own home-longing, with something of the loneliness of far-off prairie horizons, the faint memory of the red-man's bygone days, and a sense of the tragedy of the black-man as it sings in his ‘spirituals.’ Deeper still it is a moving expression of that nostalgia of the soul all human beings feel.”

The sensitive Book of Mormon reader may find that the song evokes the tragedy of the destruction of Moroni’s people through a deeper dive into the history of the pre-Columbian peoples of the Promised Land.  Like Moroni’s writings, it plunges through human suffering to arise triumphant in the end.