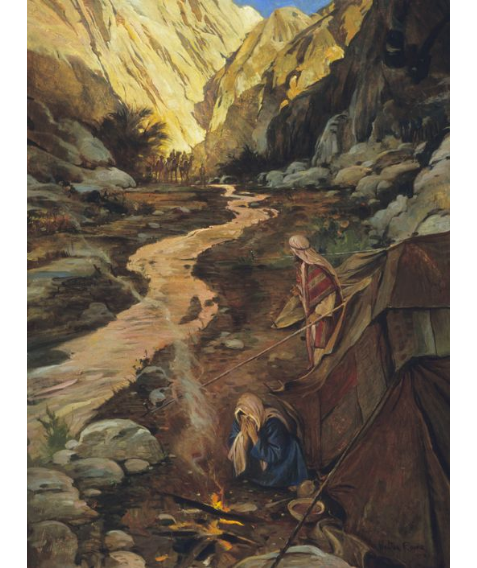 She Had Supposed That We Had Perished

Sariah, the wife of Book of Mormon prophet Lehi, followed him with her family out of Jerusalem and into the wilderness.  But when her sons delayed their return while on their Brass Plates acquisition mission, she began to doubt her husband’s call and the Lord’s protection.

The Book of Mormon records, “For she had supposed that we had perished in the wilderness; and she also had complained against my father, telling him that he was a visionary man; saying: Behold thou hast led us forth from the land of our inheritance, and my sons are no more, and we perish in the wilderness.” 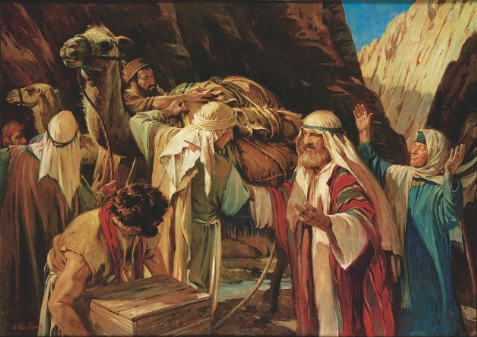 Their Joy Was Full

The Book of Mormon tells of the joyful reunion when the boys returned, after successfully completing their mission:

“And when we had returned to the tent of my father, behold their joy was full, and my mother was comforted.” 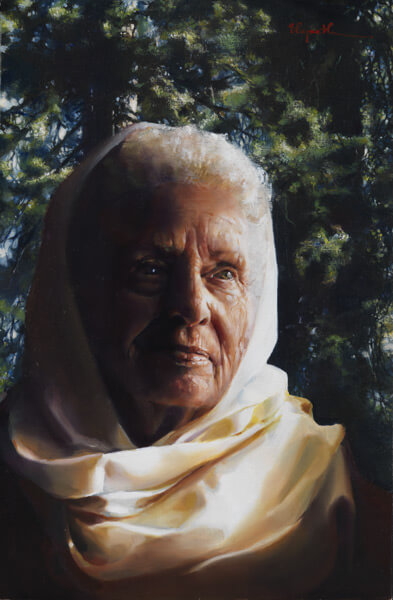 The story behind The Promised Land

The Book of Mormon begins with an account of the family of Lehi, a prophet living in Jerusalem during Zedekiah’s reign in 600 BC (1 Nephi 1:4). Lehi is commanded by the Lord "that he should take his family and depart into the wilderness…wherefore, he did as the Lord commanded him...And he left his house, and the land of his inheritance, and his gold, and his silver, and his precious things, and took nothing with him, save it were his family, and provisions, and tents, and departed into the wilderness" (1 Nephi 2:2-4).

During the family’s wilderness journey, Lehi dreams a dream in which he sees the tree of life "whose fruit was desirable to make one happy" (1 Nephi 8:10).  This tree and its fruit represent the "love of God" (1 Nephi 11:22).  In this dream, Lehi partakes of the fruit and then invites his family (including his wife Sariah) to partake of the fruit also, which they do (see 1 Nephi 8:13-16).  Though but a simple portrait, this image of Sariah is meant to portray the faith and hope of one who has partaken of that fruit "which is most precious, which is sweet above all that is sweet..." (Alma 32:42).  Nephi tells us that Sariah’s "joy was full, and [she] was comforted" (1 Nephi 8:7) during the wilderness journey.  That peace and comfort is seen in her face.

As mother to both the Nephite and Lamanite races, Sariah is a mother of nations.  The differences between the two races are symbolized by the stark contrast visible in her face. 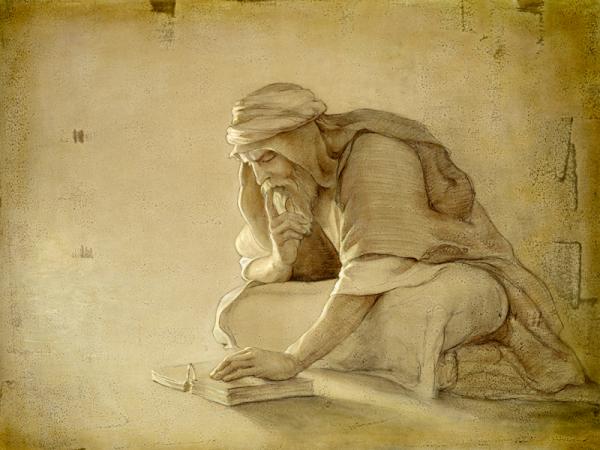 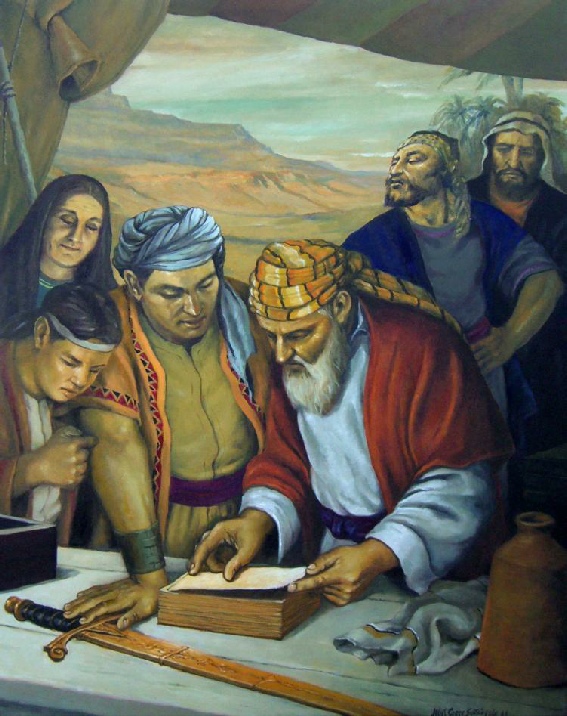 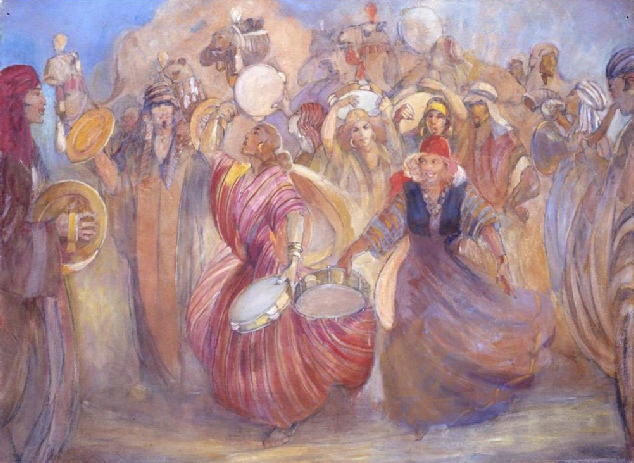 “Teichert imaginatively portrays a group of young women mentioned in the Book of Mormon-the daughters of the prophet Ishmael. As recorded, they left their life in Jerusalem to join Lehi’s family in the wilderness and marry his sons.”