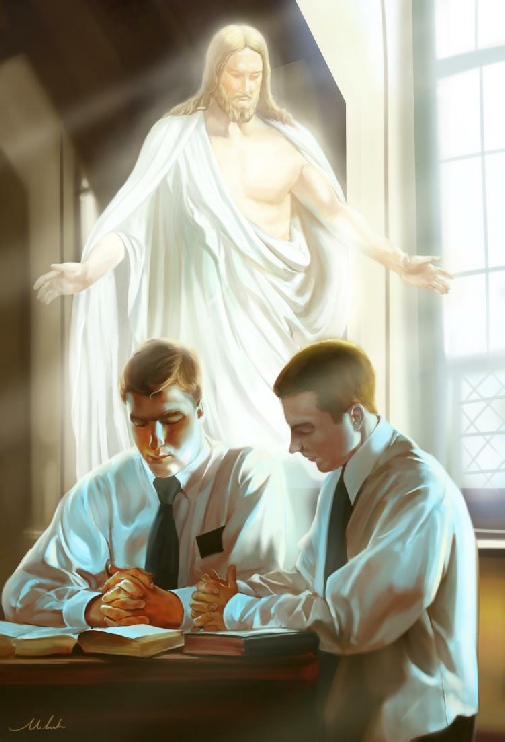 This is a digital painting I did in Photoshop with a Wacom tablet.  I got inspiration from the 3 Nephi 5:13 in the Book of Mormon, but I also combined this chapter with the modern days missionaries’s life of faithful belief to the Church and the Lord. 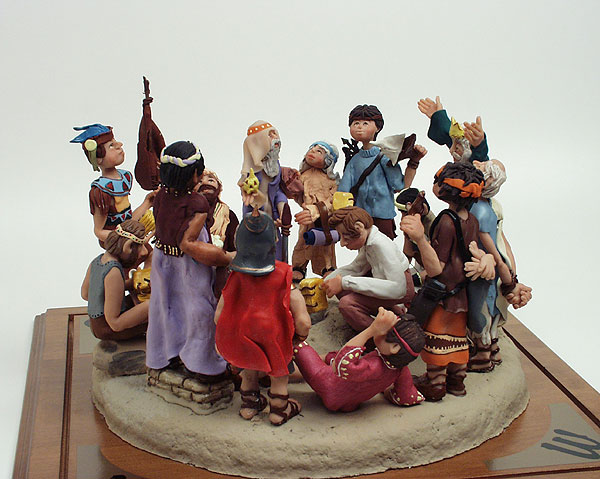 Mormon introduces himself as a disciple of Jesus Christ, who was named after the land of Mormon.  He says that he made this record using the accounts which were written before his time.

Artist’s notes:  “Lehi, his wife Sariah representing all faithful strong women of this sacred record, and Nephi, Enos, King Benjamin, Abinadi, Alma the younger, Ammon, Helaman, Samuel the Lamanite, Mormon, Moroni and the Brother of Jared are here in a circle representing eternal truths preserved on golden plates and brought forth for our day, through Joseph Smith.” 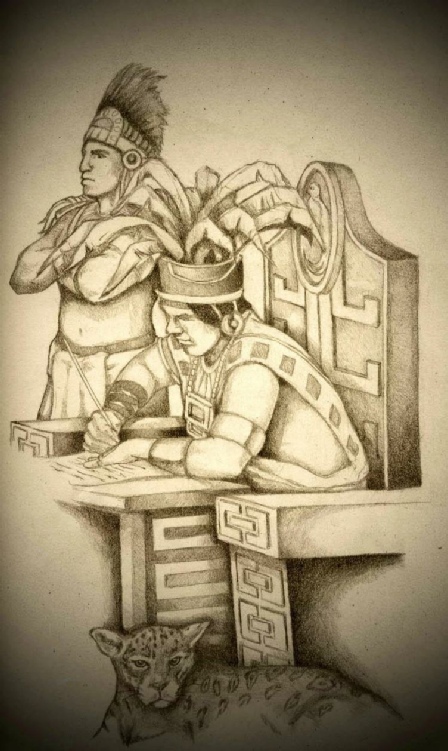 How Oft I Have Gathered You - Marilyn Arnold and Maurine Ozment

Sacred Hymns of the Book of Mormon, 22

When Jesus visited the people of the New World after His resurrection, He lamented the destruction that had just taken place, and reiterated to them, as He did to the people of Jerusalem, that He had been and continued to be willing to gather them to Him in peace.

Marilyn Arnold, lyricist, and Maurine Ozment, composer, created “How Oft I Have Gathered You,” available in their book, Sacred Hymns of the Book of Mormon, 22. 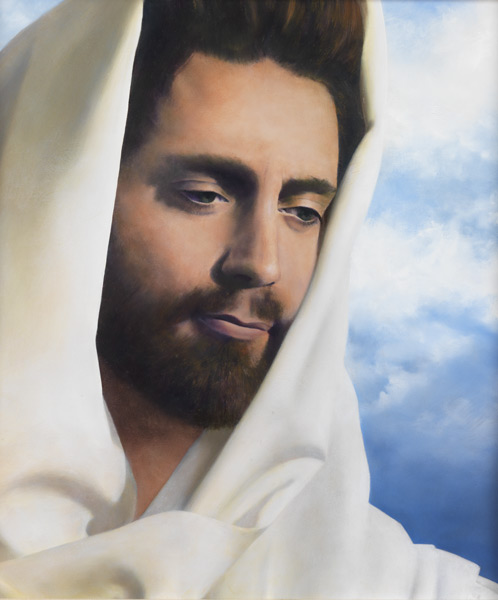 Will Ye Not Now Return Unto Me

The Book of Mormon records terrible destructions that occurred in the New World, after the crucifixion of Jesus in the Old World.  After this, the resurrected Jesus spoke to the people:  “O all ye that are spared because ye were more righteous than they, will ye not now return unto me, and repent of your sins, and be converted, that I may heal you?”

Symbolism in “Will Ye Not Now Return Unto Me”

Q: How does the composition express the particular moment chosen for the subject?

A: The composition presents a particularly intimate view of the Redeemer.  When He first spoke to the peoples of ancient America, as part of His personal ministry among them, they had suffered cataclysm for three days.  Their distress was dreadful.  They were as yet engulfed in the close and complete darkness that had not only settled over the land, but was so dense that no fire could be kindled nor any light seen.

The Savior—in word, in deed, in every way—dwells above the darkness.  He is the light of the world.  When He came to the inhabitants of ancient America, He brought that light with Him.  In this painting, He looks toward those who dwell in darkness beneath the storm clouds at the bottom of the painting.  His countenance is the countenance of peace.  He takes no pleasure in the soul that suffers, nor in the misery of anyone who perishes.  He searches for those who need the light and life He alone can give.

In all the moments of our travail in the darkness by which we are so often surrounded in this world, He alone fills the heaven of our hope.  As we suffer, the expansiveness of our own horizon shrinks until it narrows almost to the snuffing point at which the wick of our souls expires.  This is a painting not only of the moment during which His voice was heard by all the inhabitants of the land; it is the moment in any of our lives when hope is all but gone. 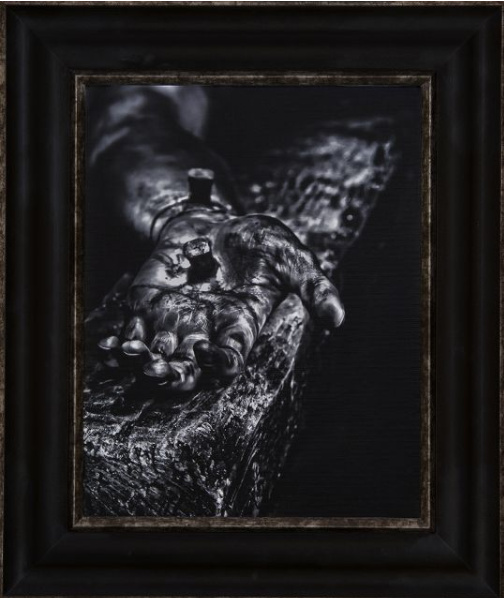 The magnitude and extent of Jesus Christ’s suffering on behalf of humankind is unfathomable, and yet, through His pain, we can be relieved and healed. The depiction here of the extreme physical pain the Savior endured for us serves as a tender reminder of the depth of His love for us: “Behold, mine arm of mercy is extended towards you, and whosoever will come, him will I receive” (3 Nephi 9:14). 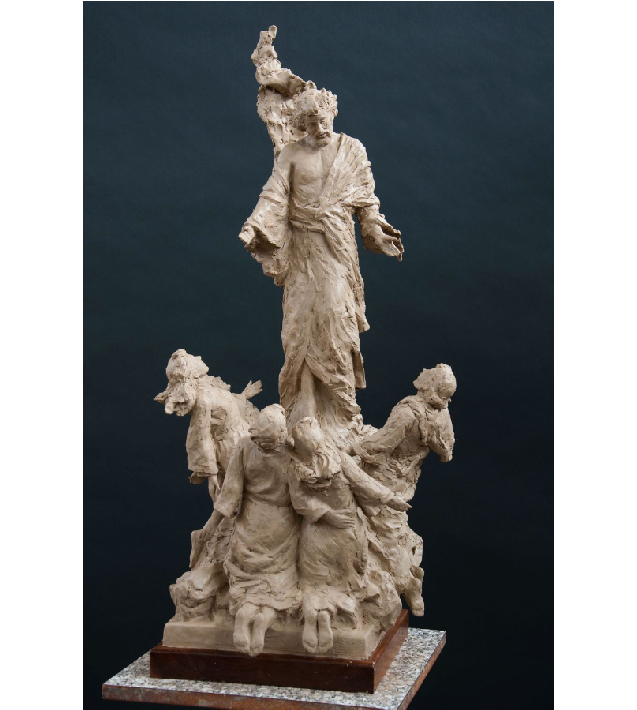 Behold, I Am Jesus Christ 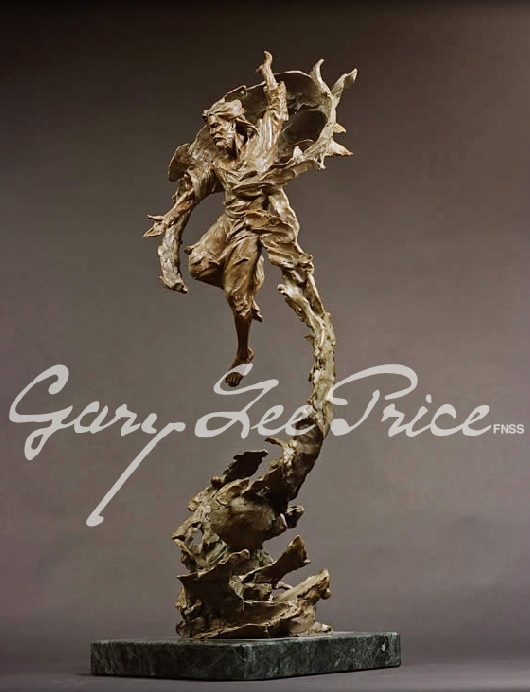 Let the sky divide its doors
And the gates of the universe be open;
For the Son of Man descends forth
Coming in His glory through the clouds.

Let angels sound their trumpets
Piercing the veil of darkness on the earth,
The Creator has left His throne,
Thunder His declaration of departure!

Let the sun burn brightly
Bursting with the illumination of glad tidings,
That all the faithful
Who witness His fulfillment
May rush forth to greet their Lord.

Let the meek and lowly
Raise their weary voices in jubilation,
Their Friend and Master has come.

Let the sorrowful and the sick
Weep no more,
The Healer descends from Heaven!

Let the world tremble at His coming,
Charity His chariot,
Mercy His mighty robe,
And love His glory forever!

Alpha and Omega is here!
Let the bells of the millennium ring forth!