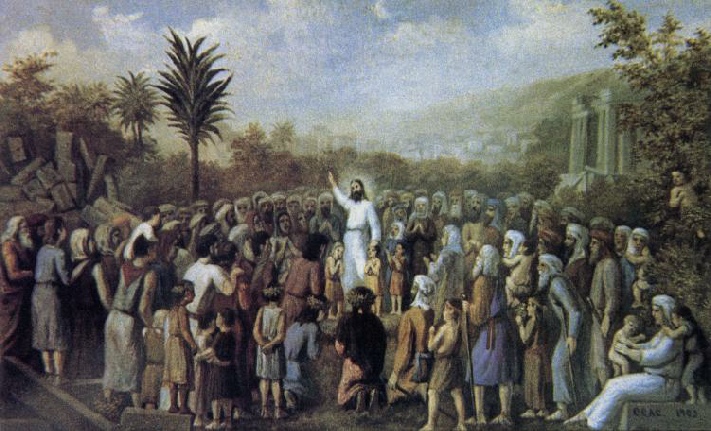 Christ in the New World

This ambitious painting, based on the Book of Mormon, shows Christ appearing to the inhabitants of the American continent after his resurrection. In view of the number of figures and the complexity of the composition, this is perhaps Christensen's most ambitious religious painting. Unfortunately, its whereabouts are unknown. Only a color slide has been found. 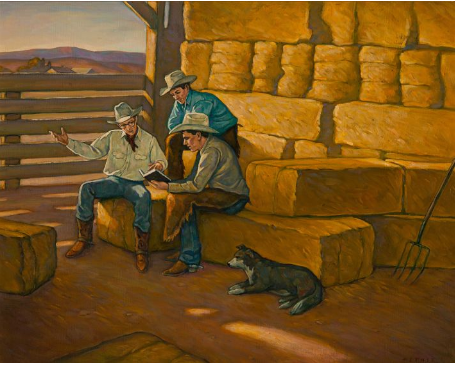 Other Sheep I Have Not of This Fold 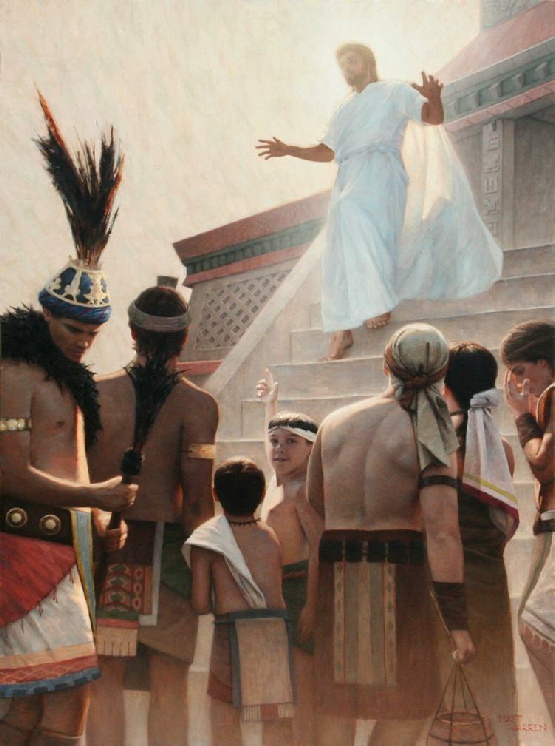