Ammon and the King – A Story from the Book of Mormon

The Youth of the Anaheim, California 4th and 5th Wards

This is an impressive production, with an all-youth amateur cast, of the Book of Mormon story that details how the Lamanites first heard the gospel of Jesus Christ and began to accept and believe it. 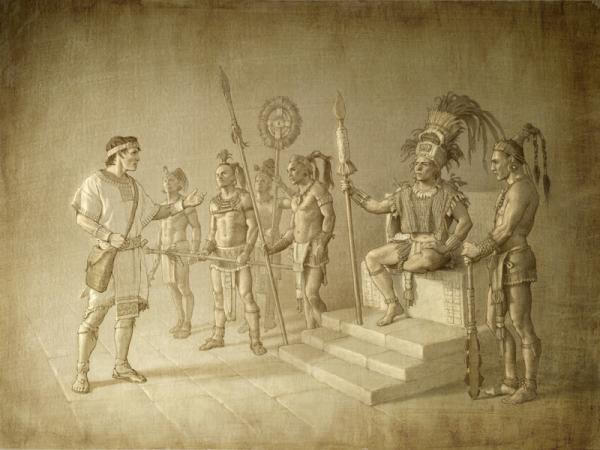 The Book of Mormon describes the beginning of Ammon’s mission to the Lamanites.  He was carried before King Lamoni.

“And the king inquired of Ammon if it were his desire to dwell in the land among the Lamanites, or among his people.” 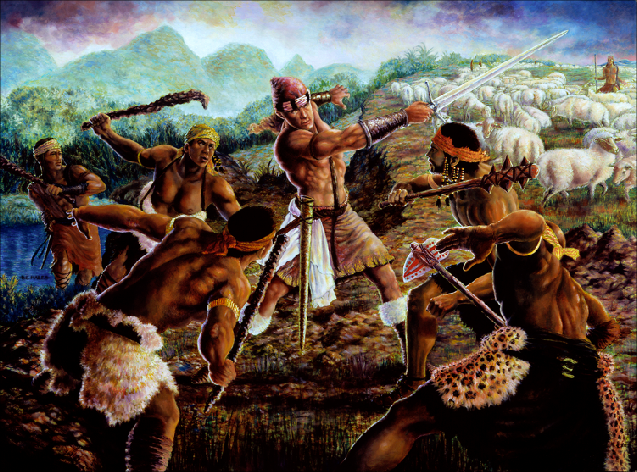 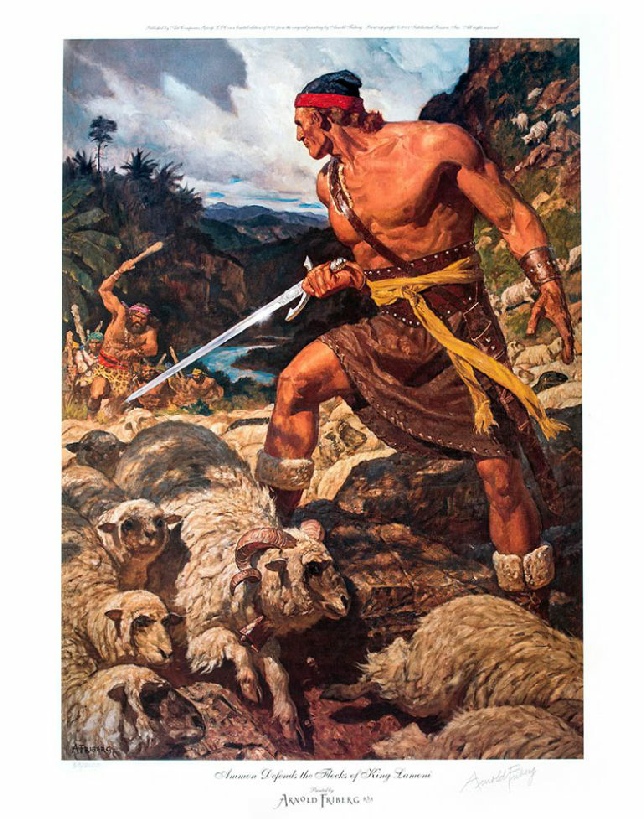 The Book of Mormon records that Ammon began his intrepid missionary service in the land of the Lamanites by volunteering to be the king’s servant.  This was actually a dangerous position, because in the Lamanite culture of the time the king had a habit of killing his sheep-herding servants when their sheep were scattered and stolen.  And local inhabitants had a habit of scattering and stealing the sheep.

“And those men again stood to scatter their flocks; but Ammon said unto his brethren: Encircle the flocks round about that they flee not; and I go and contend with these men who do scatter our flocks.”

The hero in the next picture, AMMON DEFENDS THE FLOCKS OF KING LAMONI is Ammon. He is described as, “a strong and mighty man.” He had to be, to do the superhuman deeds he accomplished.

It takes just such a man to stand alone against an enraged mob and to conquer them. It is a scene almost reminiscent of Samson standing alone against the Philistines. Each stood forth in the strength of the Lord! Such pictures as this, or such men as this, are the basis for all hero stories, from Moses to Tarzan. For that lone hero figure strikes some- thing deep within us, something to which we aspire, something larger than we can ever achieve. One man viewing this painting told the artist, “If! were there, that’s the way I’d stand, true and faithful.” I have here chosen to depict the tense moment just before the actual fight.  The ensuing action described in the book is too gory [to depict] —the hacking off of every arm lifted against him, then laying the stack of arms before the king as evidence of his faithful service.  Apparently that’s the way they did missionary work in those days. 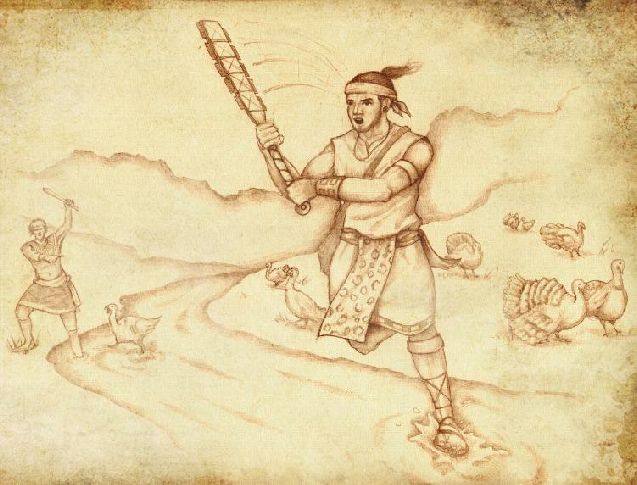 Ammon at the Waters of Sebus 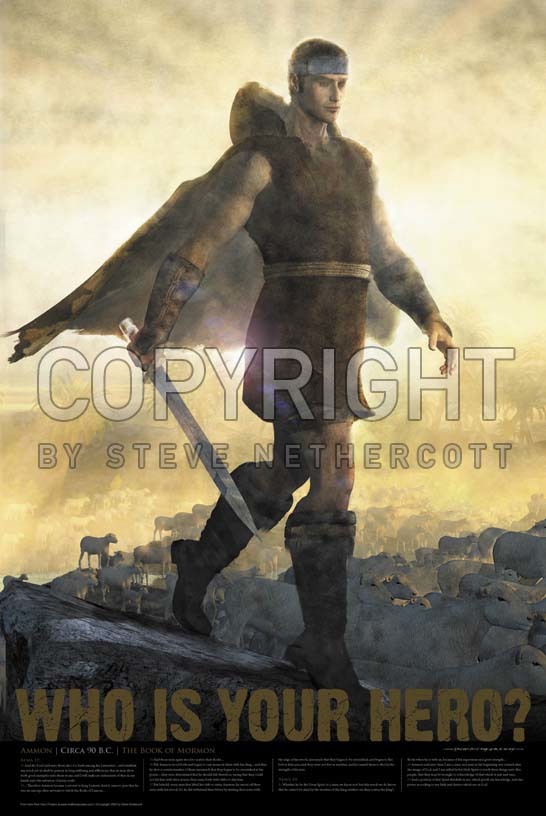 Ammon’s father had received a promise of protection for his son from the Lord, so Ammon had the power of God.  When the sheep-scatterers showed up and began their work, Ammon was pro-active:

“Behold, every man that lifted his club to smite Ammon, he smote off their arms with his sword, for he did withstand their blows by smiting their arms with the edge of his sword, insomuch that they began to be astonished, and began to flee before him; yea, and they were not few in numbers.  And he caused them to flee by the strength of his arm.”

Real Hero Posters strives to capture the spirit of real heroes, the uniqueness of their world, the strength of their character, and the reality of their heroism. 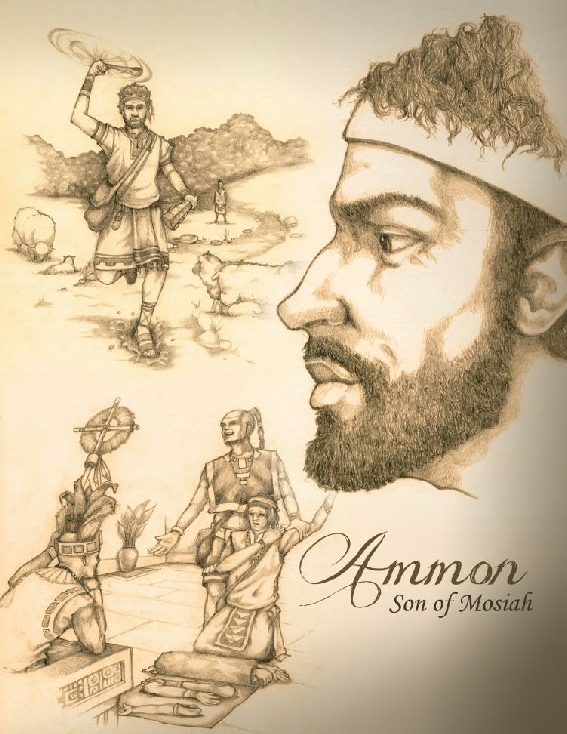 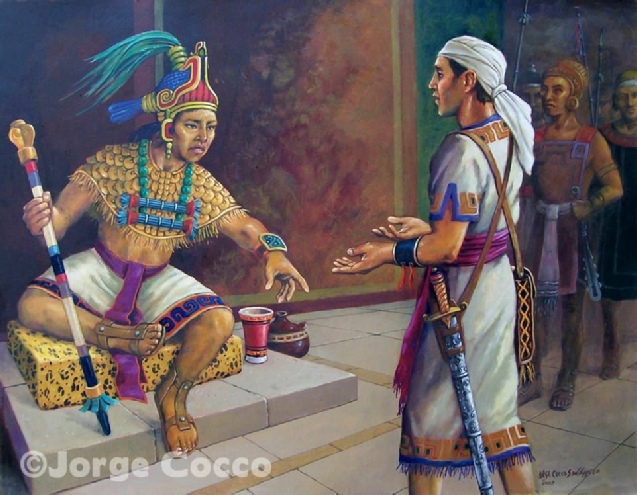