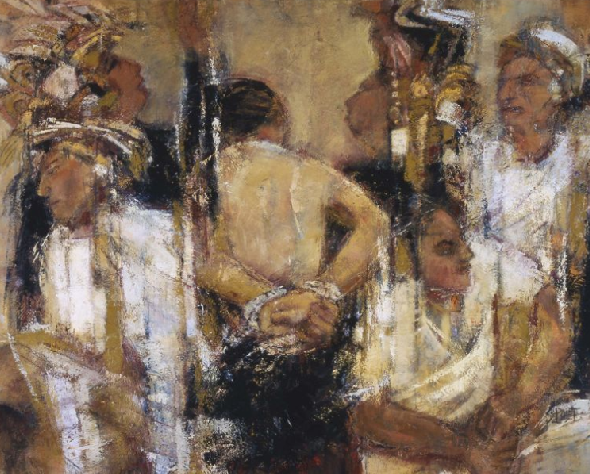 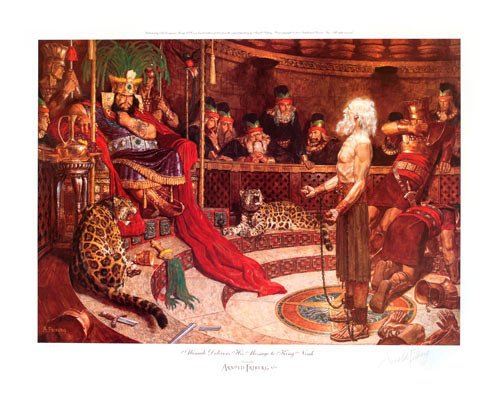 The Book of Mormon records that Abinadi taught King Noah and his priests about the coming Messiah:  “And thus God breaketh the bands of death, having gained the victory over death; giving the Son power to make intercession for the children of men – Having ascended into heaven, having the bowels of mercy; being filled with compassion towards the children of men; standing betwixt them and justice; having broken the bands of death, taken upon himself their iniquity and their transgressions, having redeemed them, and satisfied the demands of justice.

“In his book, Classic Scenes from the Book of Mormon, Friberg tells of a man he called ‘Altop.’ This man befriended and introduced the gospel with Friberg's family in Arizona when he was a boy. He also worked as a carpenter alongside Arnold’s father for a time. Thirty years after losing contact, Friberg wrote that Altop showed up at his home one day for a visit, and at the same time he was painting ‘Abinadi Delivers His Message to King Noah.’ Impressed by Altop’s remarkable health at age 70, Friberg took Altop into his studio and used him as a model for Abinadi.

“It’s also interesting to note that when painting Abinadi, Friberg grew his own beard and long hair for greater insight. He also used this method when painting Moses.” 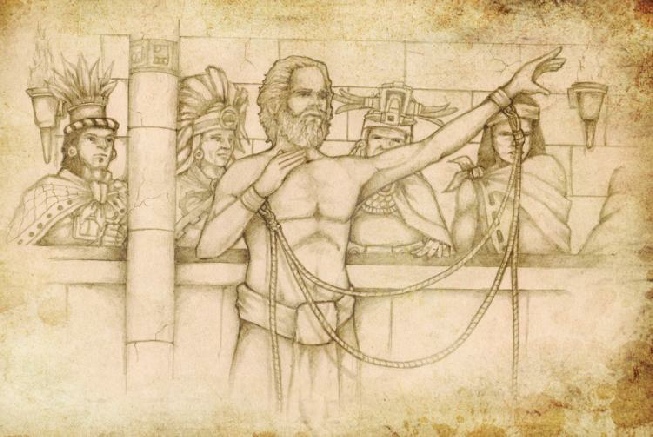 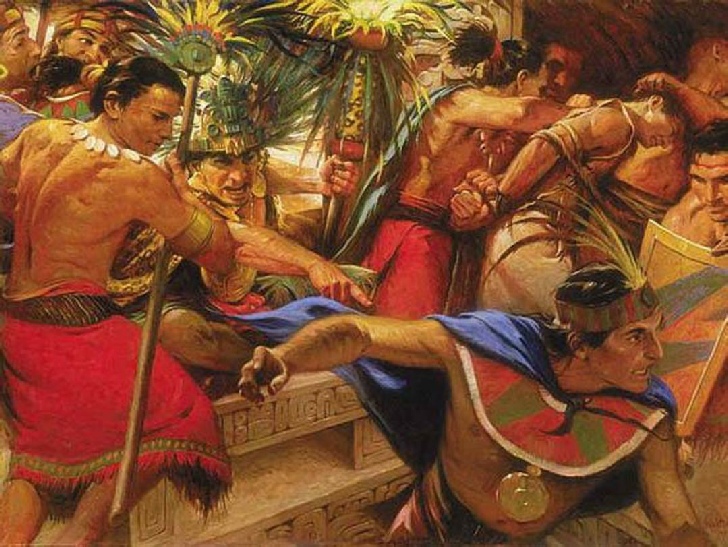 Although wicked King Noah and most of his priests rejected the testimony of the prophet Abinadi, Alma believed.  The Book of Mormon says,

“But there was one among them whose name was Alma, he also being a descendant of Nephi. And he was a young man, and he believed the words which Abinadi had spoken, for he knew concerning the iniquity which Abinadi has testified against them; therefore he began to plead with the king that he would not be angry with Abinadi, but suffer that he might depart in peace” 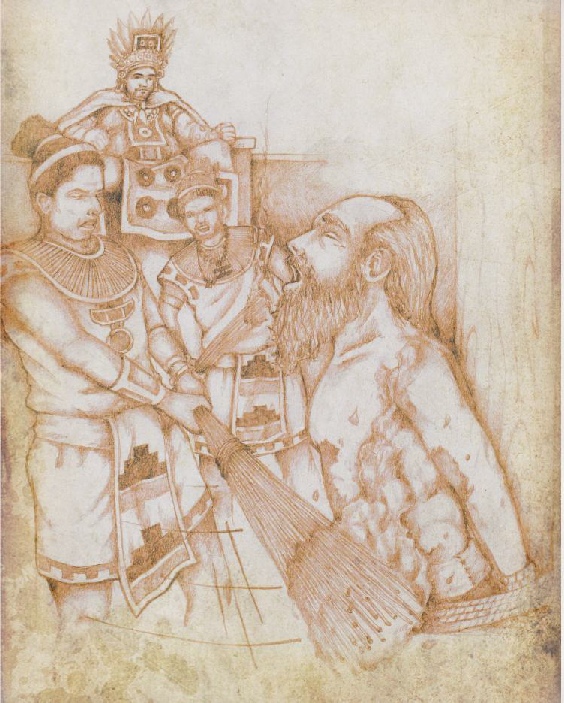 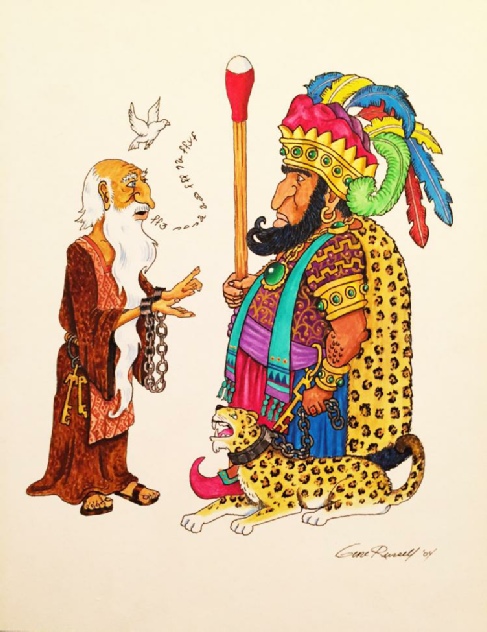 Even As You Do Unto Me

This illustration I did of Abinadi and King Noah is full of symbolism. Abinadi has the keys to the Aaronic and Melchizedek priesthoods on his sash. Noah has the key to the dungeon on his sash. Noah is showing his compassion by wearing the young jaguars mother on his back. The young jaguar is roaring at the dove, representing the Holy Ghost. The Egyptian characters coming from Abinadi read, "Even as ye do unto me". Noah's staff is a strike anywhere match. I illustrated it in pen and ink and watercolored it. Done on Illustration board.