An Artistic Tour of Mosiah 18 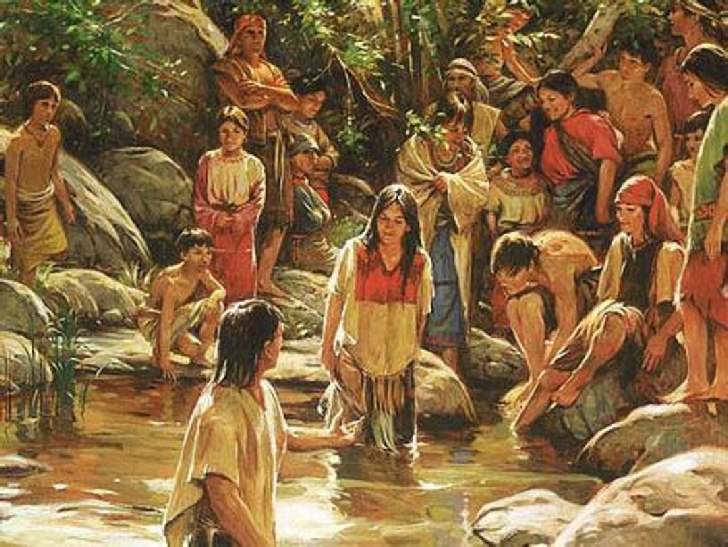 Come into the Fold of God

After Abinadi’s martyrdom, Alma took up God’s work in delivering the message of repentance and salvation to the people.  When his listeners were ready, he taught them the significance of the baptismal covenant, saying,

“And it came to pass that he said unto them: Behold, here are the waters of Mormon (for thus were they called) and now, as ye are desirous to come into the fold of God, and to be called his people, and are willing to bear one another's burdens, that they may be light;

“Now I say unto you, if this be the desire of your hearts, what have you against being baptized in the name of the Lord, as a witness before him that ye have entered into a covenant with him, that ye will serve him and keep his commandments, that he may pour out his Spirit more abundantly upon you?” 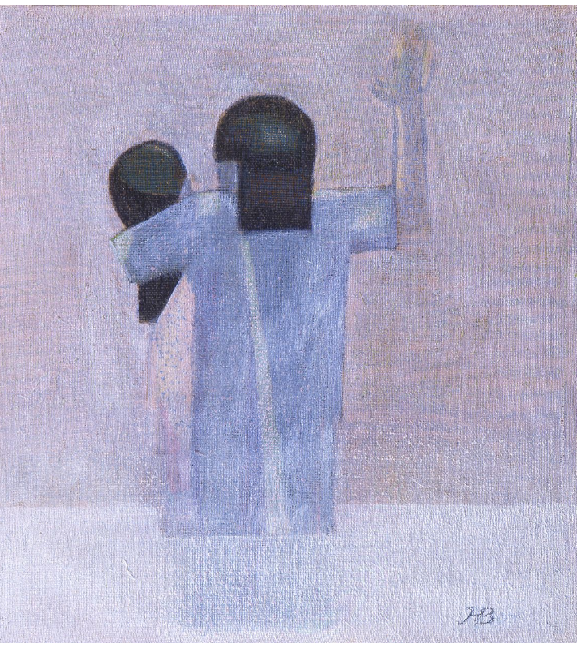 Alma in the Waters of Mormon 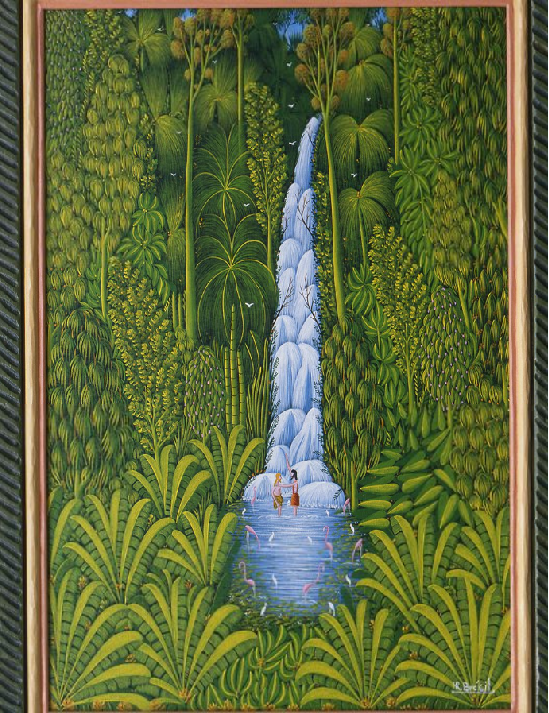 Baptizing in the Waters of Mormon 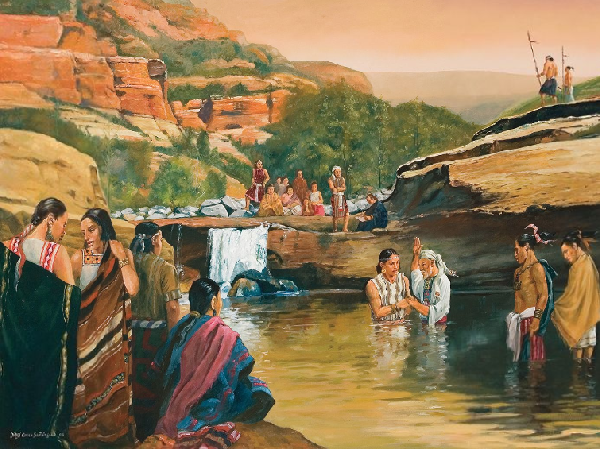 The Waters of Mormon 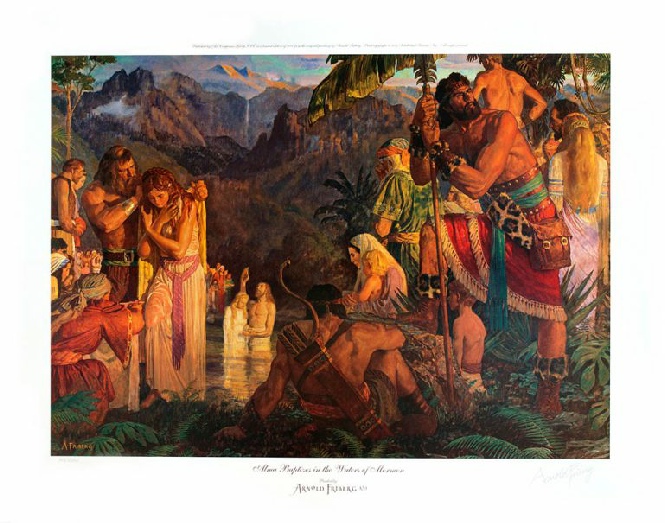 Alma Baptizes in the Waters of Mormon

The Book of Mormon describes how Alma secretly taught people the gospel of Christ.  He then invited them to make a covenant with Christ, through the ordinance of baptism, to follow Him.

“And after this manner he did baptize every one that went forth to the place of Mormon; and they were in number about two hundred and four souls; yea, and they were baptized in the waters of Mormon, and were filled with the grace of God.”

The scene in King Noah’s court leads directly to the next picture, ALMA BAPTIZES IN THE WATERS OF MORMON. For it was one of Noah’s priests, one called Alma, who was so impressed with the words of Abinadi that, with repentance, he in turn became a mighty spiritual leader, drawing unto himself an attitude hungering to hear his words and to be baptized in the waters of Mormon.

Rather than a picture of Alma preaching, the artist has chosen to paint the lovely seen of baptism. Both Alma and his followers were in great danger. We see in the foreground armed guards, alert to any threat from the soldiers of King Noah. Yet even with its danger, it is a scene of transcendent tranquility. Friberg here sought to drench the whole scene, from one corner of the canvas to the other, in the divine spiritual beauty of the scene. While the physical facts are there, the more important is the invisible part, the part more felt than seen, that portion that we hold within our hearts.

In painting this picture, the artist’s deepest inspiration sprang from the eloquent words of Mosiah: “Yea, the place of Mormon, the waters of Mormon, the forest of Mormon, how beautiful are they to the eyes of them who there came to the knowledge of their redeemer.” 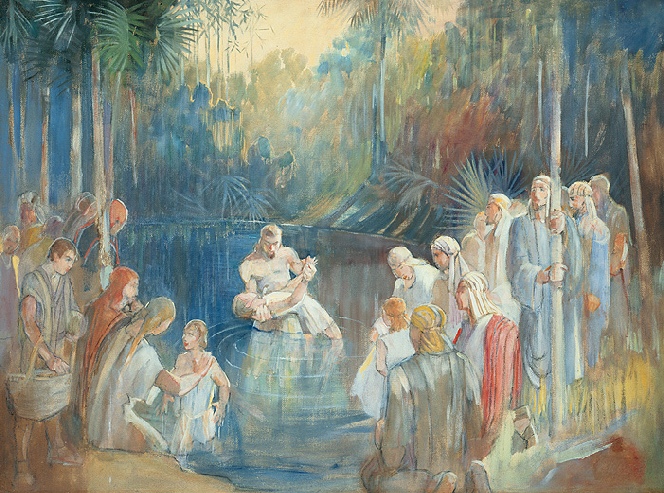 Alma Baptizing in the Waters of Mormon

Minerva Teichert depicts the baptism of the faithful followers of Alma in this lush setting of water and vegetation. Men and women wait patiently for their turn to receive the precious ordinance.

“The Waters of Mormon”

Sacred Hymns of the Book of Mormon, 8.

What power they knew, what sweet delight

On rising from that fountain pure,

When Alma lifted them washed clean

From Mormon’s waters, meek and sure.