An Artistic Tour through Mormon 1-6 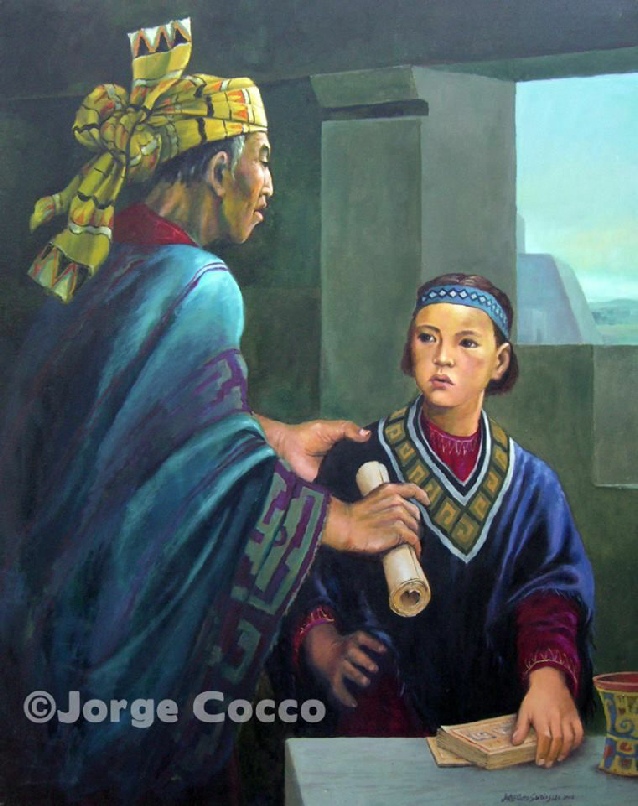 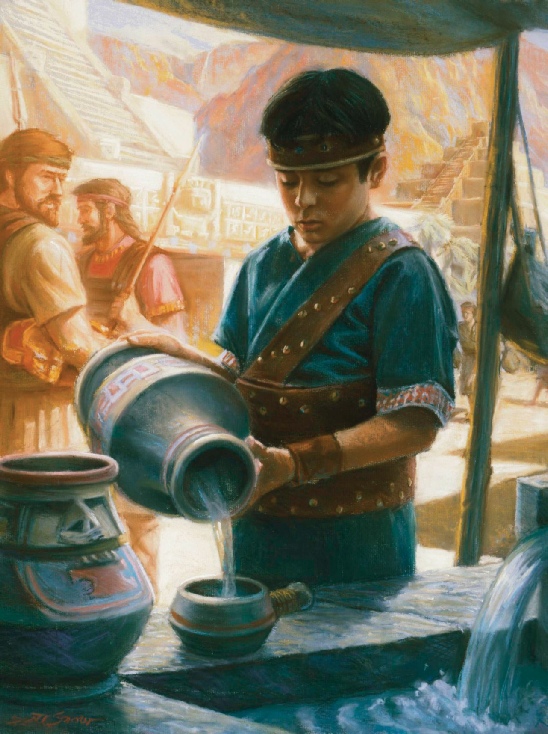 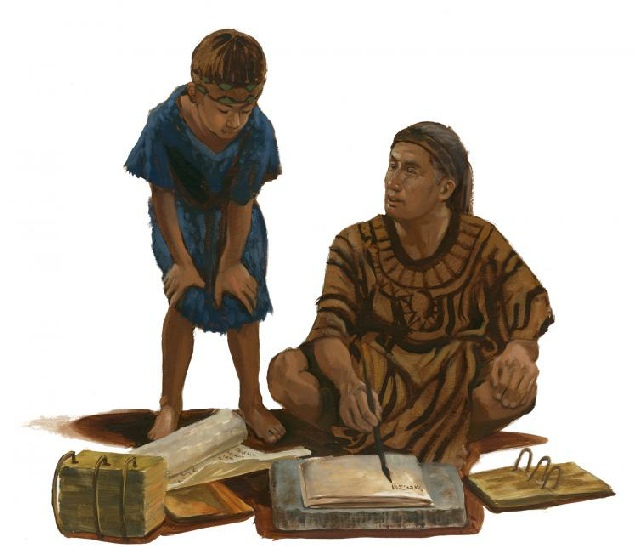 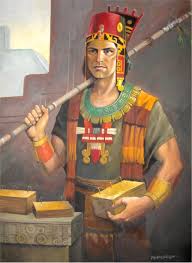 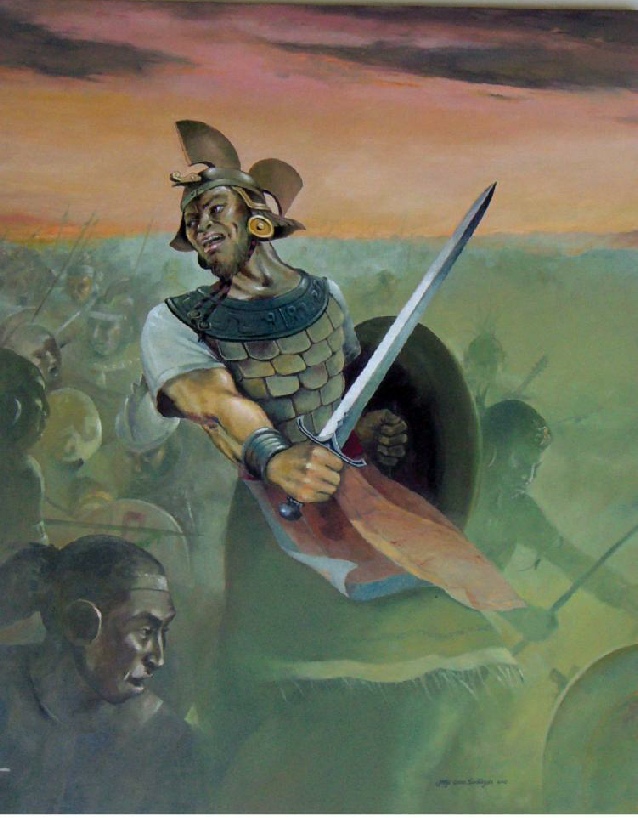 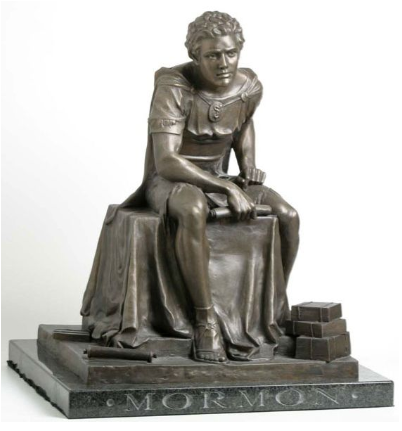 This sculpture portrays Mormon at the time he first enters into the hill Shem. He is twenty–four years old and he looks at the awesome task before him that includes reading and abridging records created over a period of one thousand years. His faith in the Lord will strengthen him to honorably complete this and further assignments. 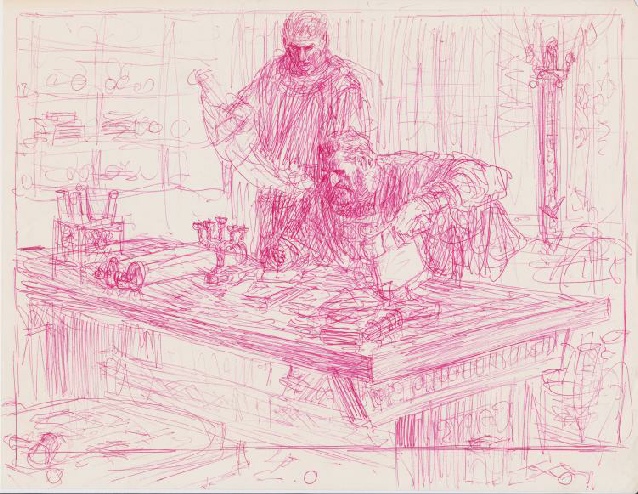 Sketch of “Mormon and Moroni Compiling the Record” 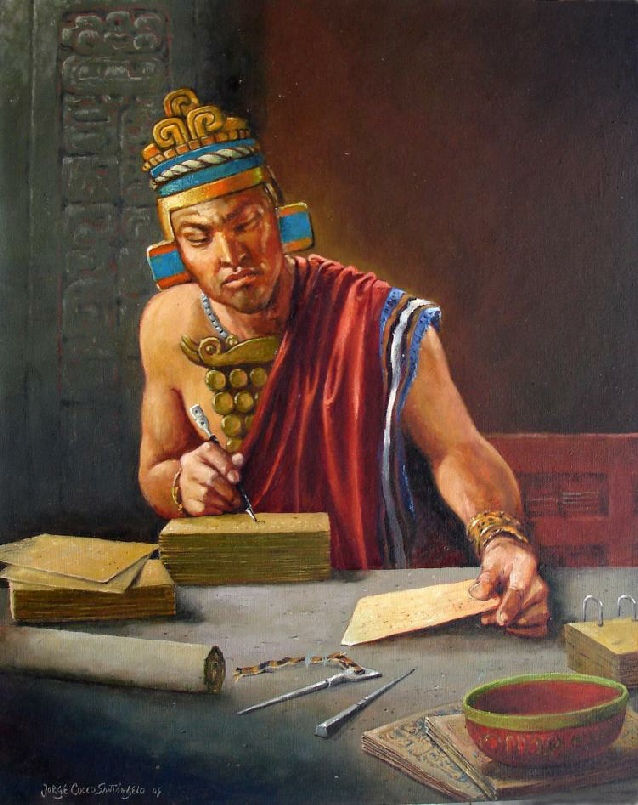 Sacred Hymns of the Book of Mormon, 30

The Book of Mormon records the struggles and triumphs of the ancient American, Christian nation of the Nephites, including the supernal visit of Jesus Christ to these people, and their subsequent golden age of peace.  However, the people finally turned against Him and His teachings.  The Book of Mormon ends with the fall of this once-great civilization.  Mormon, the prophet-historian who witnessed this disaster, mourned for his people.

O fair ones mine, ye fair ones dear, fair sons and daughters gone,

One day you’ll stand before His seat and all your follies own.

You willed destruction, vanquished peace, repented not from sin;

Hill Cumorah Battle Is About to Commence 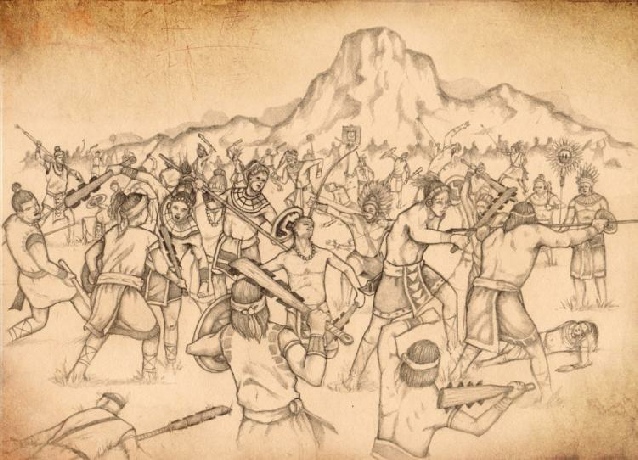 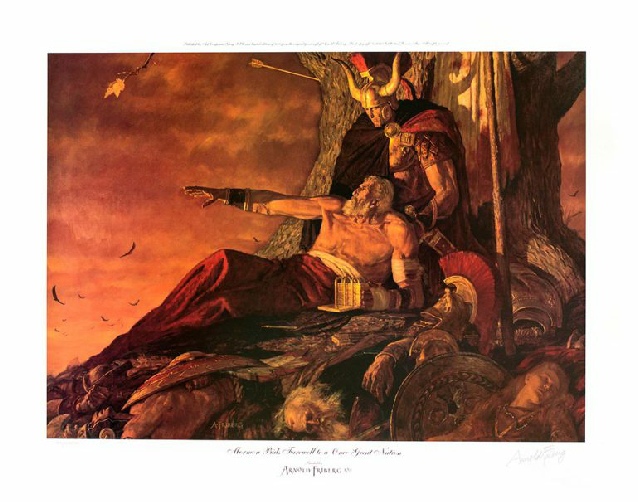 Mormon Bids Farewell to a Once Great Nation

Mormon, the last general of the Nephite nation, looked out on the battle-field of Cumorah, and saw the thousands of fallen bodies. His lament over the great Nephite nation on the American continent is a warning to the current nation which occupies the Promised Land:

“And my soul was rent with anguish, because of the slain of my people, and I cried:

Behold if ye had not done this, ye would not have fallen.  But behold, ye are fallen, and I mourn your loss.”

With the last picture in the series, MORMON BIDS FAREWELL TO A ONCE GREAT NATION there was a gap in history of several hundred years since the coming of Christ. During this time the Nephite people had fallen into wickedness so grave that the Lord decreed that they should be destroyed. And so they were, all in one overwhelming epic battle. It is hard to imagine the enormity of death that took place, hard to conceive an entire nation of men, women, and children, destroyed from off the face of the earth.

The artist felt and strove to capture the epic, downright Wagnerian tragedy of the solemn scene at the end of the last battle. Mormon has been fatally wounded in the fight, and so they have laid him down on the hilltop, supported by his son Moroni. As he grieves for his fallen people, he holds the plates of gold, graven with his own hand, leaving a few plates for Moroni to add some final words. That one last leaf on the tree carries its own symbolism, as well as the buzzards circling over the tragic scene.

The blood -stained flag shown leaning against the tree is that venerated Title of Liberty raised so long ago by Captain Moroni. It seems only natural that they would have saved and nurtured that old flag. Knowing it was the end, they might well have said one to another, “We weren’t worthy to live under that flag, but now, at least like men, we can die under it.”

This painting could hardly have been done without suggesting the carnage and death that took place on that terrible day. I did include a few token dead, but did it tastefully, not a lot of blood and wounded bodies. Indeed, there is, with all its tragedy, a feeling of peace, a silent final tranquility for those who rest now, in death’s slumber.